Maulana Masood Azhar of the Jaish-e-Mohammad became the first person to be designated a terrorist under the amended UAPA in India.

Jaish-e-Muhammad chief Maulana Masood Azhar, Lashkar-e-Taiba founder Hafiz Saeed and Zaki-ur-Rehman Lakhvi have been individually declared as terrorists by the Indian government under the UAPA. Global terrorist Dawood Ibrahim, too, has been added to the list.

In a notification issued by the Ministry of Home Affairs and signed by Piyush Goyal, Joint Secy, the announcement was made by the Government of India. Maulana Masood Azhar became the first person to be designated a terrorist under the amended UAPA. 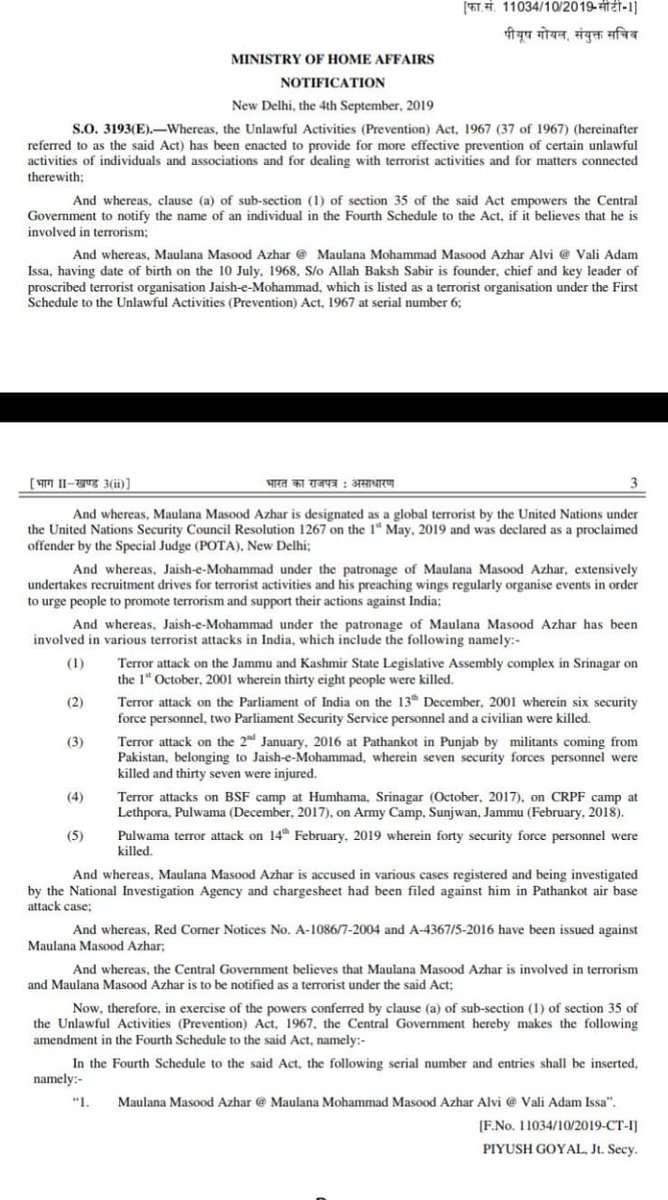 The anti-terror UAPA Amendment Bill 2019 was recently passed by the Indian Parliament after Amit Shah took charge as the Home Minister of the country. Amidst considerable resistance by the Opposition parties, the Bill was passed to give greater power to the Indian government to combat terrorism.

Both Azhar and Hafiz Saeed are UN-designated global terrorists.