OpIndiabringing the \'right\' side of India
More
HomeOpinionsDear Karni Sena, I am a proud Rajput woman, and you bring shame to...
Opinions
Updated: 25 January, 2018

Dear Karni Sena, I am a proud Rajput woman, and you bring shame to my community

As a responsible member of the Rajput community, I am writing this open letter to share my concerns over the burning Padmaavat movie issue which has literally set the whole country ablaze in the last few days.

When I first heard about the movie set being vandalised by Karni sena members back in Jan 2017 to protest against a supposed intimate dream scene between Rani Padmini and Khilji, I thought it was a little too much. Maybe, the matter could have been sorted in more peaceful ways. But then the rumours were dismissed by Sanjay Leela Bhansali himself and we assumed the friction would end. The dream sequence between a tyrant and Rani Padmini would have been objectionable. But now, protesting against the movie based on a song is outlandish and it seems like your organization has an agenda quite different from “protecting the Rajputana pride and honour”.

This indeed is an issue of national concern and needs immediate attention of the authorities in each state where your members are presently running amok and setting ticket counters, shops, malls, buses and public property ablaze, while unabashedly taking law in hand in the name of protecting a community’s pride.

Pardon my knowledge of History, but as far as I understand, the movie is based on a 13th century battle between Maharaja Ratan Singh of Mewar and Sultan Alauddin Khilji of Delhi. The bone of contention doesn’t seem to be distortion of important historical dates, facts, figures or battle results as portrayed in the movie, but the fact that Deepika’s dressing and her dance in the movie is something actual Rani Padmini would have never done.

In your imagined quest to preserve the honour of Rani Padmini, you (I’m presuming) managed to pelt stones at a bus carrying school children and had them screaming in fear. Is this how you uphold the illustrious valour of the Raputana clan? Rajputs, YOU GUYS too, are supposed to be men of courage who don’t mind sacrificing your blood to protect women and children. A band of goons attacking children and torching public property doesn’t protect the Rajputana pride, but shames it.

I’m shocked you don’t realise that the historians of our country haven’t outsourced their job to Bollywood. History is meant to be learnt from textbooks and research papers. While I agree that when one makes a movie based on History, it must stick to the broad facts and outcomes, but a movie will take artistic liberties, or it would have to be called a documentary. And when, as it appears, there are no blatant distortions, why in the world would you hold the country to ransom if you didn’t have some other ulterior motive and this movie is a mere tool to achieve those?

My whole life seems to be a lie now as I grew up thinking that Rajput history is one of the most illustrious legacies in the book of Indian history, but thanks to the protest I now know its weak enough to be completely damaged and distorted by a mere movie, naye, a song (as it appears).

From a clan known for protecting women and children to becoming a threat to law and order – how and when did we lose the essence of being a true Rajput? And you, being the self appointed custodian of Rajput pride, perpetuated this monstrosity. Does it not shame you?

I may not be well versed in my knowledge of history or an expert on Rani Padmini’s dressing sense and her interest (or lack of it) in dancing but I do understand that no religion, caste, history or organization’s beliefs can be above the life and safety of the people of the country.

If alive, Rani Padmavati, known to put the well-being of the women and children of her kingdom even above her own life, would certainly have disapproved of your organization’s crass acts in the name of protecting her honour.

I haven’t seen the movie and do not consider myself (or anyone who has not seen the movie) competent to comment on its contents. I am not sure how much Sanjay Leela Bhansali has destroyed the Rajput history through this movie, but looking at the riot and violence being carried out by Karni Sena members, I can say for sure that your organization is perhaps harming our heritage way more than any movie ever could.

For the first time perhaps, I find myself not extremely happy about being identified as a Rajput. Not because I don’t have pride in my history, but because I might be judged with the same standard you are setting, and by no means, is that yardstick, one that I would like to be judged by. You have given vested interests not only the opportunity to mock Rajputs, but to point fingers at our history, legacy and heritage. Why wouldn’t they? You have handed them the “Rajput goons” phrase on a platter. They now stand questioning the valour of our kings and warriors, all because you appointed yourselves as the custodian of our community and gave it a terrible name.

There are varied views on how much disgrace Deepika has brought to the Rajput community through her dance in the movie but there is not an iota of doubt that the violent protests done by your organization are surely a disgrace to me and millions of other peace loving, law abiding Rajputs across the nation. 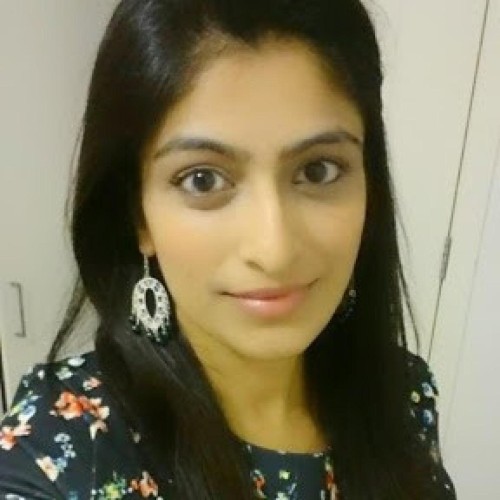