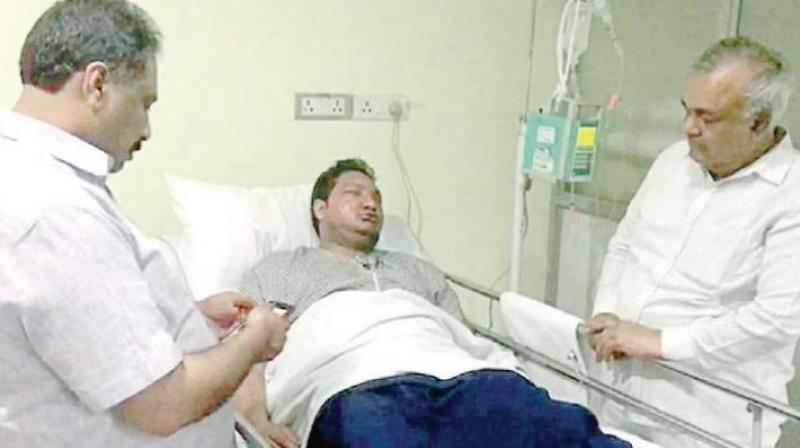 Retired IPS Officer, BNS Reddy, has claimed that the police is under pressure from certain political sections in the Nalapad case. He has demanded that call records be made public.

The ghastly crime in UB City is one of the most horrific crimes I have ever seen. The police have been put under pressure by some political elements. Let the call records be made public.

Mohammad Haris Nalapd, son of Congress MLA NA Haris, had brutally assaulted a youth in a pub last month. He was expelled from the party for 6 years after the incident.

In a press conference, the former top cop of Karnakata has claimed that the incident involving the son of the Congress politician has “dented the image” of Bengaluru. He further stated that the attack on Vidwath in UB city has disturbed him. He has initiated the campaign ‘BhayaMukta Bengaluru’ to increase participation of citizens in maintaining law and order and prevent such crimes from happening in the future.

The points that were raised by me in today’s press conference. pic.twitter.com/3qd1vPEom0

The campaign will work towards making Bengaluru a safer city. BNS Reddy lamented the lack of trust in the police force and hoped that citizens’ participation and co-operation with the police will help in making the streets safer for everybody.