Views on the Indian Economy MSM will not show on Primetime 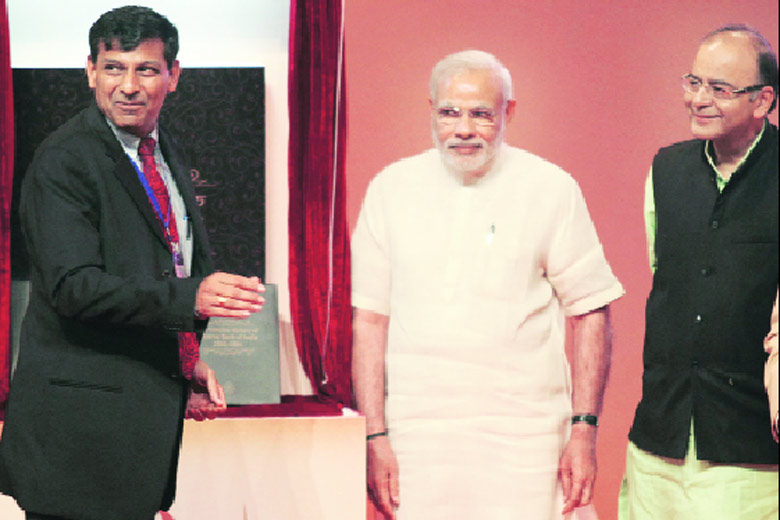 That Indian mainstream media has an inherent bias against the Modi government is known. It has given more space to the views that are critical of the Indian economy and the steps taken by the Modi government. Over the past few months, we have been fed news of how Deepak Parekh said “nothing had changed on ground”, how Harsh Mariwala lamented on “the government’s sheen fading”, Adi Godrej’s concerns about “Hindutva elements”, and so on. Business Standard also ran a piece to tell us how things have not started looking up after nearly one year of Modi government. However, to assume this is the overwhelming view, is stretching things too far.

Apart from the reports from IMF and World Bank, here are examples of important people saying how things have been looking up in and for India:

Ajay Banga, CEO Mastercard: I think the Indian economy is actually and relatively in a good shape. If you look around the world, there are very few economies that are growing…and the way the Indian economy is growing. I think the impetus behind this economy is the strong one. What the Prime minister told us is create jobs to increase the quality of life of the people here and he is doing that by focusing on manufacturing, that is Make in India, tourism and infrastructure plan. We got lots of momentum, foreign investors are coming in, domestic mood has also improved.

Jim O’Neill, ex Chairman at Goldman Sachs: This has been a fantastic year for the Modi government. However, it will be difficult for the government to continuously surprise the markets.

Emir of Qatar: What this government has been doing in the last few months has been very encouraging. We trust the Indian economy. So we will invest in India.

Jim Walker, ex Chief Economist at CLSA: India should be your No. 1 priority. We are confident that Indian businesses are on the cusp of another round of growth based on improved profitability and profitable opportunities.

Indra Nooyi, Chairman and CEO, Pepsico: PM is absolutely right in saying ‘Make in India’ because ultimately we are trying to build a base in manufacturing and boost employment and that is very good.

Chetan Ahya, Morgan Stanley: India is in for a long period of higher sustainable growth and lower prices. We are more constructive on inflation outlook and we expect the retail price index to decelerate to 4.75 per cent by this December against the consensus estimate of 5.8 per cent. We also expect growth momentum to pick up, but do not expect a rise in inflationary pressure.

Survey by E&Y and Delphi (in Germany): 94 per cent of the surveyed CEOs and CFOs from leading German high-tech companies stated that India currently offers a better investment climate than other BRIC countries. Out of 13 high-tech Manufacturing sectors analysed, seven (Automotive, civil aviation and airports, transportation infrastructure, water, renewable energy and heavy engineering are among the seven sectors) offer greatest convergence for Indo-German collaboration.

Robert W Holleyman, Deputy US Trade Representative: What we see is there is positive trend across all proposed rules and across concerned ministries and that trend is to increase transparency and predictability.
This illustrates that there are various opinions on the state of Indian economy today. If one is an avid reader of pink newspapers, it is also a majority view that surge in investments will come after further interest rate easing by the RBI. This explains the reason why Arun Jaitley is egging Raghuram Rajan to reduce rates at every opportunity. From its end, the government has tried to leave more money in people’s hands through lower taxes and accepting seventh pay commission recommendations for government employees. However, with unseasonal rains playing spoilsport – India must hope and pray that proper monsoons can give the push for that next step.