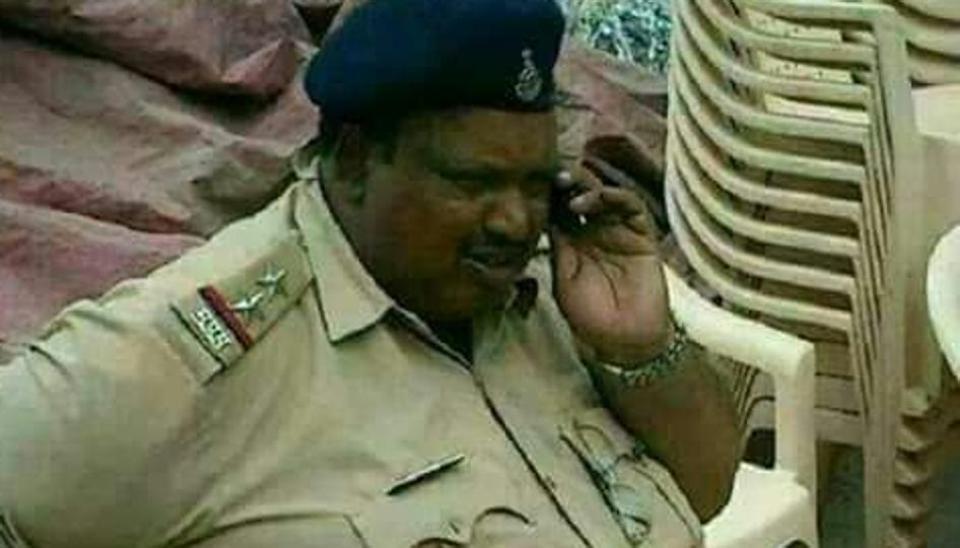 Columnist Shobhaa De seems to have perfected the art of making controversial and insensitive statements in order to get public attention. This was very famously in display during the Rio Olympics when she decided to take an obnoxious dig at the Indian athletes and got universally panned for it.

Earlier in 2014, she had tweeted a tasteless statement when BJP leader Gopinath Munde passed away. Even otherwise, she has a long list of making inane comments on the microblogging website.

And now she has done it again. On Tuesday, when Mumbai was voting for municipal polls, she tweeted this:

Essentially she tried to crack a “joke” that Mumbai policemen were overweight (heavy) and that they were good for nothing. Most people panned her, because they didn’t approve of the body-shaming, while some others pointed out that such pictures are hardly any original witty quip. Mumbai Police also “corrected” her:

We love puns too Ms De but this one is totally imisplaced. Uniform/official not ours. We expect better from responsible citizens like you. https://t.co/OcKOoHO5bX

Shobhaa De acknowledged the tweet, but still ended up giving gyaan to the policeman to consult a ‘dietitian’, suggesting that the cop had some overeating issues::

Now the the cop, whose picture was shared by Shobhaa De, has spoken up.

His name is Daulatram Jogawat, and he has clarified that his weight gain was not because of over-eating, but because of Insulin imbalance, which he was inflicted with after having a gall bladder operation in 1993. He even got a bit emotional and asked Shobhaa De if she wanted to pay for his treatment if she cared so much about his appearance.

Reports suggest that Daulatram hasn’t let his illness come in the way of duty. He was praised by his department for his work during the Ujjain Simhasta. He is currently posted in Neemuch Police lines.

Daulatram who has studied till Higher Senior Secondary(HSS), hails from Ratlam and belongs to an underprivileged section of the society. He was first inducted in the police force on 1st January 1979 when he was only 19. He was promoted as an inspector in February 2015.

This whole affair is another lesson over the fact that how in this age of social media, many especially those associated with the media, outrage without first verifying a story and when their falsehood gets called out, prefer to conveniently hush up the matter.

In another case of a cop getting similarly slandered, in 2015 many news channels reported an amateur footage of a drunk cop in Delhi Metro. Outrage ensued, the cop was abused and suspended the next day. It was later found that he wasn’t drunk but had suffered a stroke leading to him losing his balance. The humiliation of the cop also resulted in his wife suffering a heart attack and having to recuperate in the hospital. He was found not guilty and reinstated two months later.