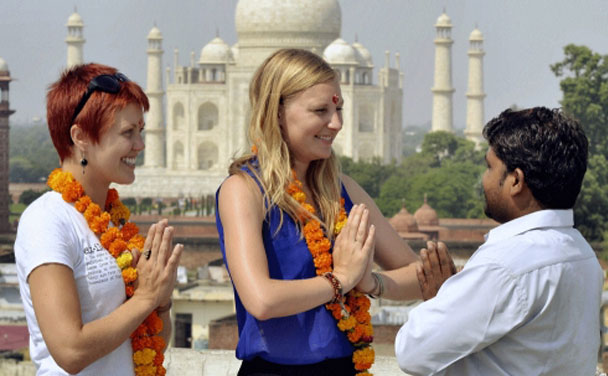 In October last year, Akash Bannerjee, Vice President of popular radio channel Radio Mirchi, who is known to be a hateful Twitter troll, and has also been accused of spreading a fake video on Twitter, shared a video on Twitter to run a campaign #MatAaoIndia. The video was shared following the despicable attack on the Swiss couple in Fatehpur Sikri. Minister of External Affairs, Sushma Swaraj had also taken to Twitter to ensure foreign tourists of the safety, law and order for everyone.

Banerjee eventually even tagged Swiss Broadcasting Company passive aggressively asking them to spread a word in Switzerland to tell the Swiss how India is unsafe and they should not come here. However, despite the fear-mongering propagated by the ad, the foreign tourists in India have crossed the 10 million mark for 2017. In fact, in January 2018 alone, the number of foreign tourists arriving in India is expected to breach the 1.2 million figure, the highest ever for any month in last two years.

According to the data released by tourism ministry there has been a growth of 15.2% in tourists in December 2017 over December 2016 with 2.41 lakh tourists arriving on e-Tourist visa as against 1.62 lakh in the previous year. Union tourism minister KJ Alphons said that the leap in tourism even pushed the country’s earnings to over 27 billion dollars. The minister also said that the sector is contributing 6.88 percent to India’s GDP while providing jobs 12 percent share of jobs in 2017.

The gang of so-called liberals who would hurt India just because Modi is the Prime Minister supported the hateful campaign of Banerjee and downplayed it by calling it ‘tourist safety campaign’ which had to be brought down because of ‘right wing trolls’.

Varadarajan was also called out for referring to those who did not agree with Radio Mirchi campaign as ‘trolls’.

By the same token then anyone who supports #MatAaoIndia are “Ultra-Left”. Such extreme generalisation only The Wire is capable of. Pits.

But it seems the hateful campaigns to malign India’s image as a preferred tourist destination amongst foreigners has had no impact.