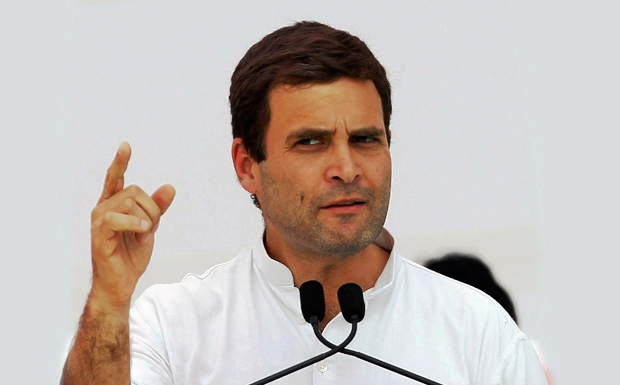 It seems that the Congress party has decided that it is not going to entertain any of those funny memes and videos allegedly targeting Rahul Gandhi. After getting normal Twitter users suspended and complaining against online streaming channels hosting ‘funny’ videos, the party has now taken the fight to the police.

J.P. Ghamopiya, spokesperson and in-charge in M.P. Congress committee, has filed a complaint against Suresh Nakhua, BJP Mumbai spokesperson, at cyber cell in Bhopal for allegedly mocking and causing damage to the image of members and the Congress party itself.

The complaint mentions that on 3rd May, Nakhua had posted a video on social media platforms of a song with modified lyrics and morphed faces which allegedly mocks and taints the image of the Congress party, especially president Rahul Gandhi, M.P. Congress president Kamal Nath, General Secretary of All India Congress Committee Digvijay Singh, M.P. Congress Campaign Committee Jyotiraditya Scindia and Leader of opposition in M.P. assembly Ajay Singh.

So, @INCIndia led by “Out on Bail” @RahulGandhi files a complaint against me under Sec 66A for posting a video.

This just shows the #EmergencyDNA of Congress which is not ready to accept any criticism.

(Screenshot via a ‘Beautiful’ source in Congress) pic.twitter.com/xHc9eySh00

The complaints alleged that the video was being circulated in social media for 6-7 days resulting in the defamation of the leaders and party and should be booked under section 66 of the Information Technology Act. Ghamopiya confirmed to OpIndia that he was offended because of the morphed faces and the lyrics as mentioned in the written complaint.

The video was a spin-off on the ‘3 idiots’ song that featured the Congress leaders including Rahul Gandhi.

Though the Supreme Court had asked police officers to be extra careful while dealing with complaints under the IT act, it remains to be seen what step is taken in this case. The video prima facie is just one of those thousands on social media that parodies a popular song. Such videos can be found in abundance covering all political parties, sportspersons, newsreaders etc.

Perhaps the use of the word ‘Pappu’ in the song has offended Madhya Pradesh Congress as earlier, a Congress leader was suspended for using this word in a rather appreciative way.