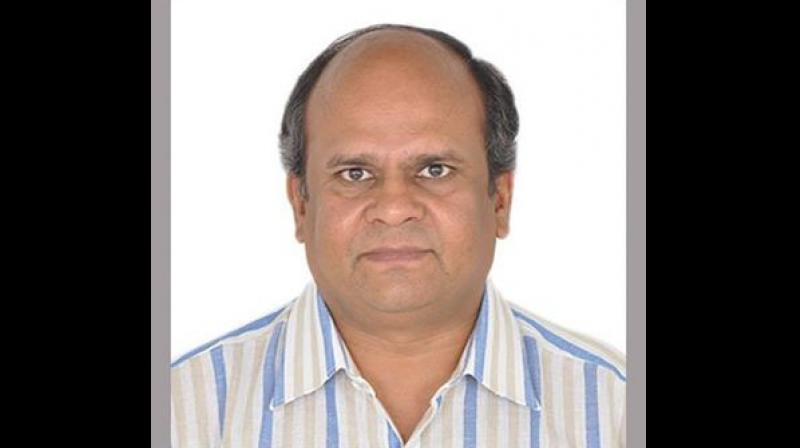 A Gujarat government official has claimed that he is Kalki, the tenth incarnation of Vishnu, and can’t come to the office because he is conducting a “penance” to “change the global conscience”.

#Gujarat: A state govt official named Rameshchandra Fefar has claimed that he’s incarnation of Kalki, the 10th incarnation of Lord Vishnu, & can’t come to office because ‘he remains in fifth dimension which makes it impossible for him to come to office’. pic.twitter.com/fOSyj9i5Xu

As a reply to the show cause notice served to him, which read, “Such unauthorized absence does not suit a gazetted officer. Work of the agency is getting hampered because of your absence.” Rameshchandra Fefar the superintending engineer with the Sardar Sarovar Punarvasvat Agency (SSPA) came up with this bizarre reply that the country is getting rain only due to his severe penance.

He claimed that he is the 10th avatar of Lord Vishnu, he said “Even if you don’t believe, I am indeed the tenth incarnation of Lord Vishnu and I will prove it in coming days.” “I realized that I am Kalki Avatar when I was in my office in March 2010. Since then, I am having divine powers,”

The SSPA should decide “whether it’s more important for the agency to make me sit in the office and do time pass or do some concrete work to save the country from drought,” he said, adding “Just because I am Kalki Avatar, India got good rains.”

This ludicrous comment by the government officer went viral on social media attracting many reactions.

In govt service, at least 20% are incarnations of Kalki who don’t go to office and yet get full salary.https://t.co/sbGFxmZZYL

This is not the first time any government official has made this bizarre excuse for not going to work. In 2005, The Hindu had reported of an IPS officer Inspector General Devendra Kumar Panda, who had since 1991 donned the role of Radha, beloved of Lord Krishna.