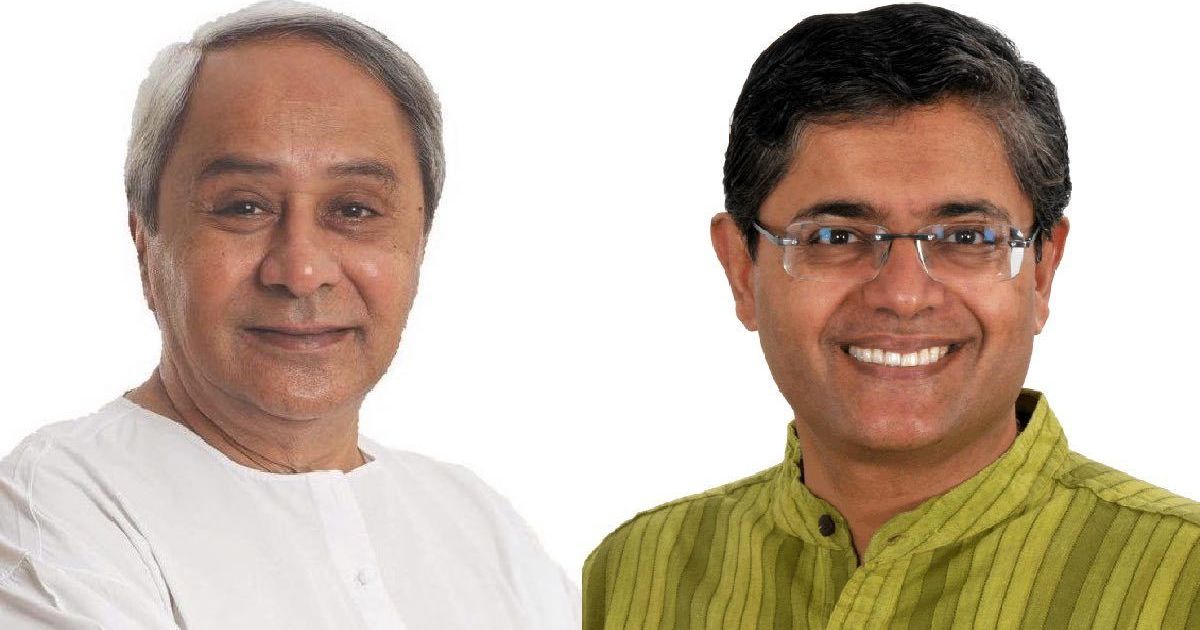 In an unusual and unprecedented event, Puri police yesterday seized the Hangar and Helicopter of Indian Metals and Ferro Alloys (IMFA) group, which is owned by Jay Panda’s family. While Jay has gone all gun blazing on Social media saying it’s a vindictive move by Naveen Patnaik to stop his movements in Odisha, the administration is firm on its stance that there may be a procedural lapse by Panda while flying his chopper over Chilika lake and matter is under investigation.

On 15th of September, Jay Panda did fly over Rajhans island. He took off from Bhubaneswar at 08:46 hours. Flew over Chilika-Puri-Konark en route to Garadpur in Kendrapada and reached Bhubaneswar at 13:26 hours. This is corroborated by the ATC at Biju Patnaik International (BPI) airport attested by the airport director Mr S.C. Hota himself. The flight plan was duly submitted and clearance was taken for the flight path. It was flying at the designated height of FL 500 (500 feet) as authorised by ATC. Both the airport director and co-passengers of Jay Panda do confirm that they did not land anywhere near Chilika. The official FIR, filed by Assistant Conservator of Forests (ACF), CDA, Binod Acharya, mentions a chopper flying over Chilika at a “dangerous height” endangering wildlife and human life. The FIR also mentions that the said event took place at 13:30 hours. Remember, ATC data corroborates that Jay Panda flew over Rajhans at 08:46 hours and by 13:26, he was back in Bhubaneswar. It is not clear, whether it was a seaplane or chopper that was flying over Chilika at 13:30 or if anything was flying at all. The statement from the airport director also says that they are not aware of any other movement over Chilika except Jay Panda’s chopper.

That being said, what is also baffling here is, what is the criminality for which the hangar and the chopper have been seized. ATC establishes that the flight plan along with flight level was approved and authorised. Did Jay Panda deviate from the designated FL and flew dangerously low? FDR (Flight data Recorder – Black box) data can easily corroborate that.

FIR states that the object flew over Chilika at 13:30 hours. ATC data attested by BPI airport director states Jay Panda was back in Bhubaneswar by 13:26 hours. While Puri SP says that the matter is under investigation, what was the hurry in seizing IMFA’s hangar and Jay Panda’s chopper, without substantial proof? They could have taken the FDR for investigation without seizing the entire thing. Also, Chilika isn’t a no-fly zone. Most flights from Vizag and Hyderabad to Bhubaneswar fly over Chilika.

With past history of Naveen’s vindictiveness and relation getting sour between Naveen Patnaik and Jay Panda, this smacks of highhandedness by the administration at the behest of the Chief Minister. Whether, it’s actually Naveen Patnaik, who instructed the turn of events as it happened or Puri police just followed procedure following a filing of FIR becomes immaterial.

The unusual action taken by police does raise eyebrows. State administration targeting Jay Panda through his family run business IMFA isn’t new after all. Earlier in 2017, when the crack between him and BJD became apparent, state government shut down 2 Chromite mines owned by IMFA over flouting environment rules.

Does Naveen Patnaik actually want to restrict Jay Panda’s movement in the state? Is he actually wary of Jay Panda? Only time will tell. However, as we had reported earlier, recently expelled senior member and ex-minister Damodar Rout is trying to get all expelled members of BJD under one roof and create an anti-BJD force. It may be natural that Naveen Patnaik will try to thwart any such threat by nipping them at the bud. However, this high handedness, whether under instruction from Naveen Patnaik or not, will give cannon fodder to Jay Panda’s camp. How the event unfolds politically, remains to be seen.

UPDATE: The events have taken some bizarre turn and BJD MLAs are protesting in front of assembly with posters demanding the arrest of Jay Panda and Abhijit Iyer Mitra who was his co-passenger. This removes any doubt, whatsoever, that these series of events are politically motivated. 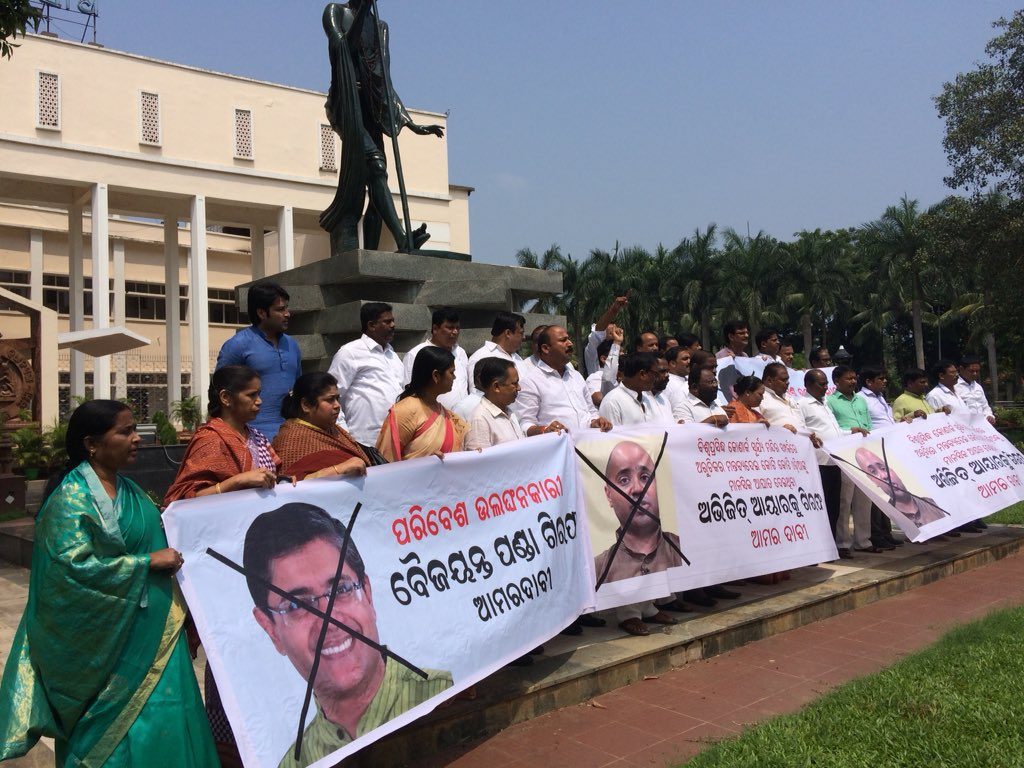