OpIndiabringing the \'right\' side of India
More
HomeOpinionsWhen is the global left-liberal cabal going to speak up the Chinese oppression of...
Opinions
Updated: 22 October, 2018

In the end, the world needs to take cognizance of the brutal treatment Uighurs by the Chinese government. We shouldn't sleep-walk into another Industrial scale holocaust carried out by an authoritarian regime.

The first part of the title of this article is the transcribed and translated excerpt from an official Communist Party audio recording, which was transmitted last year to Uighurs via WeChat, a social-media platform.

However, the scale and methods of repression have reached a crescendo in the last one year. A detailed investigation by Associated Press, Wall Street Journal and others has reported that China is on its way to match the 3rd Reich in terms of brutality and horror. These reports cite that more than a million Uighur Muslims are held in what can be best described as concentration camps. These camps are euphemistically called “re-education camps”.

Beijing initially targeted the extremists and the Jihadi elements among the Uighur Muslim population. However, of late even benign manifestations of Muslim identity—like growing a long beard—can get an Uighur sent to these camps. The reasons for one being sent to these camps can include travelling overseas, having relatives overseas, failing to follow the official Beijing time (even though that would mean the clock has to be set 2 hours off), missing compulsory flag raising ceremonies or failing to speak Chinese. An Uighur was sent for “re-education” just because she was having traditional long hair and not the recommended modern hairstyle. Nearly 10 percent of the population is estimated to be in these re-education camps and in some cases, half of the entire village, townships are in these concentration camps.

In these camps, Muslims are “re-educated”, a process which can take anywhere between a few months to a year. Here they are forced to renounce Islam, criticize their own Islamic beliefs and re-affirm their support to Chinese Communist Party and Xi Jing ping. Muslims are made to eat pork, drink alcohol which is taboo in Islam.

A women who was put in one of the correction facilities stated– My soul is infected with serious diseases,” she was made to repeat. “There is no God. I don’t believe in God. I believe in the Communist Party.”. To test whether the inmates are indoctrinated against Islam or not, sometime in the early morning, prayer calls are put out in loudspeakers. Anyone who woke up is taken away for further re-education. The treatment is physical, psychological and in some cases, even pills and medications are provided to the inmates.

In the latest turn towards brutality, the Chinese government is separating Uighur children from their parents and is placing these children of detainees and exiles into dozens of orphanages across Xinjiang. Many parents are not even aware of where their children are being kept. The children are being brainwashed to become patriotic citizens, they are told that the identity and the religion of their parents were abnormal, a disease which needs to be eradicated.

Additionally, the entire Xinjiang province has turned up into a dystopian surveillance state that the world has never seen. Beijing has recruited more than 90,000 police personnel in the last two years alone for Xinjiang province. Beijing is equipping the far-western region with state-of-the-art surveillance technology, with cameras illuminating every street all over the region, from the capital Urumqi to the most remote mountain village. Iris scanners and WiFi sniffers are in use in stations, airports and at the ubiquitous checkpoints. China has installed more than 40,000 facial recognition cameras across the region, forced every resident to download an app that monitors each and every cell phone’s activity and built databases of DNA samples and fingerprints. It is even installing scannable QR codes on the front doors. QR codes have also been put on household items like kitchen knives to track them as they are deemed to be dangerous.

The more worrying aspect is the language used by Chinese authorities which is reminiscent of the language used by Nazis. Here is a small excerpt “Members of the public who have been chosen for re-education [sic] have been infected by an ideological illness. They have been infected with religious extremism and violent terrorist ideology, and therefore they must seek treatment from a hospital as an inpatient. … The religious extremist ideology is a type of poisonous medicine, which confuses the mind of the people. … If we do not eradicate religious extremism at its roots, the violent terrorist incidents will grow and spread all over like an incurable malignant tumour.)”

The logical termination of the above logic is that the “pathology” must be contained at any cost. Thus the Chinese can go from trying to cure the patient to eradicating the disease by removing the “infected patients” in cases where they deem the patient to be incurable or “terminal”.

This is one step away from industrial scale genocide. If this seems to scare-mongering or alarmist, look at the kind of torture being used in these camps. Water-boarding, long periods strapped in agony in a metal contraption known as a “tiger chair“. There are already reports of missing persons and deaths from these camps. The very fear of these camps made one editor-in-chief of the local magazine to jump to death rather than being sent to one of them. This is truly horrendous and the world as a whole seems to be very very silent on this.

The silence of the left-liberal and global Islamic power centres is shocking. Neither Saudi Arabia nor Iran, the said guardians of Islam have protested, reacted or even commented on the horrific on-goings in Xinjiang.

The fact that China is the biggest consumer of oil and thus the biggest customers to these oil sheikdoms means the so-called “protectors” of Islam prefer hard money over the lives of their fellow religious brethren. The added fact that these countries themselves are authoritarian regimes with not so great human rights records means that they rather shut their eyes and forget that any of these are happening. Pakistan, being a colony of China obviously has decided to stay a mute spectator. The Junta in Rawalpindi prefers raising voices in UN about imaginary human rights abuses in Kashmir over real abuses in Xinjiang.

The most surprising fact is the complete silence of “thekadars” of Indian Muslims. In the past, Muslims in India have agitated against a mere cartoon drawn by someone thousands of miles away. One FB post can make them go on a wanton rampage in Malda. The issue of ill-treatment of Rohingyas by Myanmar can agitate them to attack Buddhist sites in India to avenge their brethren. However, they have gone out of their way to stay willfully blind to the industrial scale incarceration of their follow religious companions.

The treatment meted out in these camps disconcert any normal human being and given the specific targeting of Islamic habits, any Indian Muslim should be perturbed at the least. The only logical explanation that one could derive from this episode is that there is no original thought in Indian Muslim leadership today. They are just silent lackeys of either global Islamic powers or Left-liberal cabals.

In the end, the world needs to take cognizance of the brutal treatment Uighurs by the Chinese government. We shouldn’t sleep-walk into another Industrial scale holocaust carried out by an authoritarian regime.

The Han Chinese themselves should introspect as the measures implemented today on Uighars can very well be re-directed tomorrow on them if ever the Chinese Communist Party feels threatened of a regime change.

The global left liberal cabal should stop wasting time on issues of relatively less importance – Transgender Toilets, Impeaching Trump and focus attention on the real human rights abuses happening. Saudi Arabia and Iran should grow a spine, and finally, the generals in Rawalpindi should remember that Xinjiang is next door to Pakistan. That it will be very easy for the Chinese to replicate the same model in Pakistan just as the Nazi’s expanded from Dachau to cover the whole of Eastern Europe.

Note: The full transcribe of the Communist party message can be read here. 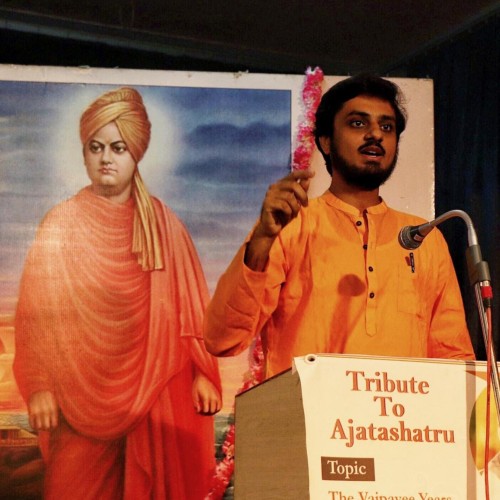