Dr Nishikant Dubey said that by tweeting about the Parliamentary Committee, Moily committed a breach of confidentiality of the proceedings 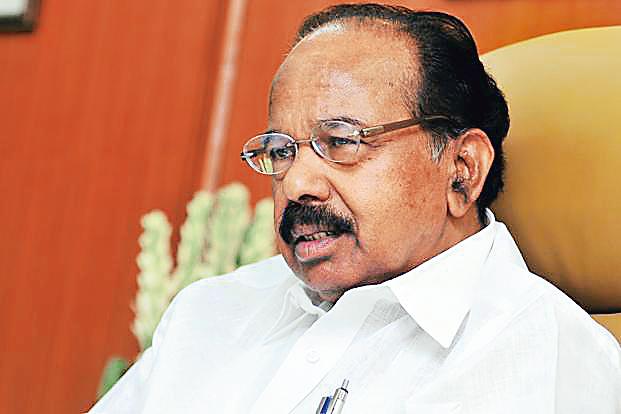 In a letter to the Speaker of Lok Sabha, Sumitra Mahajan, Lok Sabha MP Dr Nishikant Dubey has alleged that senior leader of the Congress party has committed a breach of privilege as the Chairperson of the Parliamentary Standing Committee on Finance.

In the letter, a copy of which is with OpIndia, Dubey has claimed that Moily has polarized the functioning of the Parliamentary committee for media attention. He further accuses Moily of trying to “gain despicable media attention and serve his ulterior political motives, thereby, lowering the dignity and ethics of the Finance Committee.”

The letter alleges that Moily committed a breach of confidentiality on the proceedings of the Parliamentary committee by issuing statements on Demonetization on Twitter while the Finance Committee had called upon the Ministry of Agriculture to study the impact of Demonetization on Agriculture. It is very distressing to know that farmers were unable to buy seeds, fertilizers & other required inputs during the sowing season.

Agri sector is predominantly dependent on cash & after the demon idea, the whole sector is scarred with debt & subjugated by private lenders.
2/2

Dubey further alleges that provisions in the Rule of Procedure and Conduct of Business on Lok Sabha/Directions by the Speaker have been violated. He states that as per the rules, the evidence tendered before a Parliamentary Committee and its report and proceedings cannot be disclosed or published by anyone until these have been laid on the table of the House.

He added that Moily’s conduct constitutes a breach of privilege of the Committee as well as violation of the relevant provisions relating to confidentiality of the proceedings.

The BJP MP has requested the Speaker to allow him to raise the issue in the coming Parliamentary session and refer the letter to the Committee of Privileges for examination.