On the basis of these videos, the Indian Authorities identified Hashim as the leader of NTJ and led investigators to believe Hashim was planning “something big” in Sri Lanka and alerted their Sri Lankan counterparts on April 4 about possible attacks. 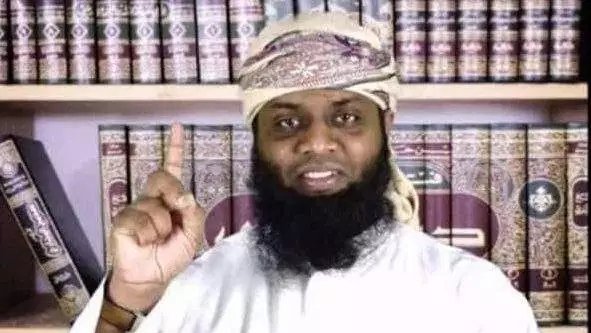 Several reports have come into the forefront which confirms that the Indian authorities had passed clear intel to Sri Lanka regarding the dastardly coordinated blasts at churches and hotels on the Easter Sunday in Sri Lanka, leaving 253 people dead and several hundred injured.

The NIA had procured several videos featuring Zahran Hashim, one of the nine suicide bombers involved in the blast, in the electronic devices of the seven alleged ISIS activists arrested in September last year in Coimbatore. NIA had conducted raids in several places last year in the case of an alleged plot to kill Hindu outfit leaders by ISIS-inspired terrorists. These ISIS activists were allegedly radicalised by Hashim on his visit to India. They had plotted to kill several Hindu leaders, including Hindu Makkal Katchi chief Arjun Sampath and Hindu Munnani leader Mookambikai Mani.

On the basis of these videos, the Indian Authorities identified Hashim as the leader of National Thowheed Jamaath (NTJ) and led investigators to believe Hashim was planning “something big” in Sri Lanka. On the basis of this information from NIA, Indian authorities alerted their Sri Lankan counterparts on April 4 about possible attacks.

Indian investigators have found Hashim visited Malappuram in Kerala and Coimbatore, Tiruchirappalli, Tirunelveli, Vellore and Nagapattinam in Tamil Nadu. He is also suspected to have been involved in a smuggling racket between Ramanathapuram on India’s eastern coast and Kalpitiya on the north-western coast of Sri Lanka.

In fact, Hashim had headed the National Thowheeth Jama’ath, a group which took the responsibility of the Sri Lankan attack.

Security forces first identified Hashim in the video circulated by Islamic State claiming to be responsible for the attacks. He was seen leading a group of seven men in an oath of allegiance to the IS chief.

Following this, the security forces have been on a desperate hunt for the 40-year-old prime suspect. Later the President of Sri Lanka, Maithripala Sirisena, confirmed to the media that Zahran Hashim, the Islamist extremist wanted for the Easter bombings in Sri Lanka was killed during the attack at Hotel Shangri-La. The terror leader himself became a suicide bomber to target the hotel.

Local Muslim leaders had, however, confirmed that they had reported against Hashim on several occasions earlier for his extremist views and behaviour, yet no action had been taken against him.

Along with Hashim, the intelligence reports have also revealed that another Sri Lanka bomber, Mohammad Mubarak Azaan, visited India twice in 2017.

Terrorists carried out eight coordinated blasts in Sri Lanka last week detonating explosives especially targetting children, taking the death count to 253 people. While several foreigners were killed in the attacks, Sri Lanka’s minority Christian community was the primary target and suffered tremendously given how crowded the churches were for Easter Mass and the hotels for holiday brunches.

Following the blasts, the Prime Minister of Srilanka had admitted that they had been warned about possible attacks by an Islamist terrorist group. PM Wickremesinghe stated that despite the warning by intelligence agencies, Sri Lanka ‘failed’ to take adequate measures.

The Sri Lankan police have been conducting anti-terror operations after Islamist terror group National Thowheed Jama’ath claimed responsibility for blasts. In a nationwide address, President Maithripala Sirisena revealed that police had arrested around 70 individuals in connection with jihadist activity since the Easter Sunday bombings.

Police in Sri Lanka conducted a series of raids Friday on suspected terrorists and recovered a stockpile of 47 swords alongside counterfeit military uniforms, a suicide bomber jacket, and machetes in one mosque in Colombo’s suburb of Slave Island. In another incident, 15 people died after terrorists detonated their suicide vests when police raided their home. The dead included six children and three women, and the terrorists exchanged gunfire with police before detonating their bombs.