OpIndiabringing the \'right\' side of India
More
HomeOpinionsRahul Gandhi is not 'coming of age' and neither becoming the Prime Minister, even...
OpinionsPolitics
Updated: 28 May, 2019

Rahul Gandhi is not ‘coming of age’ and neither becoming the Prime Minister, even in 2024

This election was about who will lead the opposition and not the government. The message in that respect is clear - it won't be Rahul Gandhi.

The repetitive nature of media articles in a desperate bid to declare the coming of age of Rahul Gandhi reeks of a slave mentality.

It’s been a 15-year long wait for the Indian media. And the wait seems to be a perpetual and never-ending one – The declaration of coming of age of Rahul Gandhi. A man who will turn 49 next month is the subject matter of so many of these articles. That too a man who had it easy and got everything in a platter and presides over the destruction of his family firm – Congress.

While nobody would have cared less, what makes ignoring difficult is that his family firm is the second biggest political party in India which has to act like a credible opposition for a democracy to function. India has a lot at stake and this coming of age nonsense has been perpetrated far too long with hope and despair by sections of media. A mind of a man has an unlimited capacity for self-deception and nothing else proves it more than the indulgence of left-liberal media on Rahul Gandhi.

As I went through this article, it prompted a google search.

As I scrolled back memory lanes and scrolled down on the search results, the prospect of having read so many “coming of age” articles of Rahul Gandhi made me worry. There are far too many of them hoping against hope of signs of maturity in a man who will touch 50-year-old mark next year.

OpIndia had even tracked the “coming of age” of Rahul Gandhi over a decade.

The Indian Political system has changed massively over the period the leftist media waited for Rahul Gandhi to come up as a leader. BJP changed completely as does any other organization. We saw young blood coming up, new faces occupying positions of power, old timers making way for new ones. Many leaders emerging out of the electoral process, many getting irrelevant while some corrupt ones facing the heat in jail. The Congress party remained unchanged except their consistent decline all thanks to their wait for the only leader.

There is an infamous and historically false Macaulay speech which had caught the fancy of Indian minds and shared widely on social media. While Fake news and posts are not something new in Facebook, Whatsapp and other social media sites, this fake quote has sustained to influence thinking minds for a long time and made Macaulay a prominent name even among layman.

“I have travelled across the length and breadth of India and I have not seen one person who is a beggar, who is a thief. Such wealth I have seen in this country, such high moral values, people of such calibre, that I do not think we would ever conquer this country, unless we break the very backbone of this nation, which is her spiritual and cultural heritage, and, therefore, I propose that we replace her old and ancient education system, her culture, for if the Indians think that all that is foreign and English is good and greater than their own, they will lose their self-esteem, their native self-culture and they will become what we want them, a truly dominated nation”

The immense popularity of the post in all social media platforms probably piqued interest and an article emerged stating that the quote attributed to Macaulay was never made and it is just another fake news doing the rounds. It is FAKE NEWS but a popular one which continues to linger around in conversations despite being called out. The reality of slave mentality probably made the fake news believable and the quote viral. However, Macaulay and his supposed statements still continue to hold sway over Indian minds while historians agree that racist supremacy was a defining feature of the English mindset. A parallel racist inferiority complex resulting out of it may be the reason for the popularity of this idea as well as many of our western emulations existing in the society.

However, After finding so many Rahul Gandhi coming of age article which is, I am tempted to concoct my version of fake Macaulay’s statement:-

I have travelled across the length and breadth of India and I have not seen one youth who can come up as a leader. Such lack of talent, energy or youth in this country that I don’t think that this country can be led by anyone but the Gandhi family. And therefore I propose that we wait for Rahul Gandhi to come of age, however long it may take for we have to gift the throne to someone from the family itself. For if the Indians think that all that is Gandhi family is good and greater than their own sons and daughters, they will lose their self-esteem, their native self-culture and they will become what they want, a truly dominated nation.

Sometimes I wonder if the above fake note gets passed down to media persons from generation to generation just like the fake news on Macaulay’s statement spread among the English reading masses in India. India has moved on from this dynasty politics mindset and decisively so. Irrespective of the results, Rahul Gandhi is surely not occupying the Prime Ministers chair and neither is the nation waiting for him to come of age. The media may publish articles like those on a daily basis looking for signs of sensibility or maturity but nothing is going to change.

The nation has ousted Rahul Gandhi. With the thumping victory of PM Modi and Rahul’s Congress being reduced to a paltry 52 seats, the country has given a strong message. This election was about who will lead the opposition and not the government. The message in that respect is clear – it won’t be Rahul Gandhi. Congress leaders better consider ousting him for people have already ousted Congress and will look out for better alternatives as opposition leader by 2024. Rahul Gandhi is not coming of age nor becoming the Prime Minister. 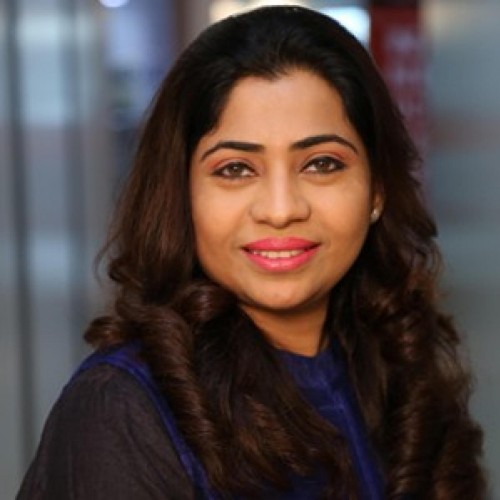