Atmanirbhar Bharat is a journey for not only the Government but also for the people: Here is how

The capability of India emerging as a global leader is beyond doubt, all we need is to realise our true potential in the spirit of making India a manufacturing hub. We must realise that there is no alternative to self-dependency when it comes to the sovereignty of a nation.

India is a country where we believe in ‘Vasudhaiva Kutumbakam’; where we treat guests like God, acknowledging the spirit of ‘Atithi Devo Bhava’; We believe in ‘Sabka Saath Sabka Vikas’ – and for a country with the principles of ‘Whole World is One Family’, it is quite obvious that India encourages Liberalisation – integrating the world economy to promote economic growth, development, and poverty reduction. Keeping these noble objectives in mind, India opened up its huge market in 1991 bringing the famous LPG Reform.

This policy opened the door of India’s Economy for global exposure for the first time. But the exploitation that Indian Manufacturing sector had to face since the colonial era was never paid its due attention. The Indian manufacturing sector and crafts industry crippled due to the competition from cheap European products and exploitative policies of the British, forcing people to move from industries to land-based activities. The second blow of exploitation came with the introduction of western education and service sector in India by the British to manage their colonial affairs smoothly which later created lucrative and respectful employment opportunities for those who could speak English in colonial India.

Hence, the service sector grew rapidly, straight after agricultural activities in India, thereby suppressing & never letting the manufacturing sector flourish in a country which is called the land of Creativity and Ideas.

After 29 years of opening up its market for the Global Participants to make use of India’s huge population as one of the biggest markets for world businesses, India surely achieved international flow of goods, services, capital, human resources and technology, without much restrictions. But with all the benefits, India also suffered undeniable exploitation of its domestic market being flooded with foreign goods, giving a huge blow to the small-scale local industries.

The people of India became so used to the ready-made quality products available in the Indian market that we never felt the need or the importance of boosting the manufacturing sector in our country and gradually, without even realising, our lives were unbelievably surrounded by the foreign made products to an unimaginable extent.

A weak industrial sector makes India’s economy fragile, vulnerable & highly susceptible to global fluctuations. This is why the call for ‘Make in India’ is being raised so diligently these days. We are late, but it’s better late than never.

Taking lessons from the Indian Epic – Ramayana, we learn how when Jatayu told Lord Ram that it was Ravana who had abducted Sita and it is Lanka where Ram would find his wife, the question of who would go find Sita to confirm her presence in Ravana’s palace arose. Everyone decided that since Hanuman was the son of the Wind God – Vayu, he must leap to Lanka. Hanuman had the swiftness, power and strength but he was cursed to forget his extraordinary strength. It was Jamwant who reminded Hanuman of the glory he was born with. After realising his powers, Hanuman leapt over the ocean, escaping several devouring demons to find Sita Mata in Ashoka Van in Ravana’s Lanka. Here, every Indian is Lord Hanuman who is yet to realise their true potential to achieve self-reliance ― all that is needed is that little nudge.

The capability of India emerging as a global leader is beyond doubt, all we need is to realise our true potential in the spirit of making India a manufacturing hub. We must realise that there is no alternative to self-dependency when it comes to the sovereignty of a nation. And this is why Make-in-India is not just important, it is necessary. It must be taken as a step towards discovering our own lost glory and not to boycott anyone. A step towards making India’s potential bigger, and not to make anyone smaller.

Recently Modi government restricted the imports of Colour TV, PPEs, Rubber tier, and many defence equipments too. All in the spirit to Make-in-India to Make-for-the-World. A positive step which should not be portrayed negatively as a step towards blatantly boycotting any other country. India’s significant achievement in the time of corona has been about discovering its forgotten ability to globally lead as a manufacturer. For instance, India experienced a brilliant transition from zero PPE production in the country to becoming the world’s second-largest manufacturer of PPEs; all this was achieved during the time of the pandemic.

Understanding this potential, Prime Minister Narendra Modi launched a remarkable initiative for self-reliance – Aatmanirbhar Bharat. As the Prime Minister said, making India self-reliant is the only way to make the 21st century as India’s century. The goal is to focus on domestic manufacturing by being Vocal for Local and ultimately to take Local to Global. It is surprising to know that India had even been importing Agarbatties which has now been banned to give a big boost to Agarbatti and Bamboo industries in India. Similarly, the recent restrictions put on the import of rubber tyres and colour TV by the Directorate General of Foreign Trade (DGFT) is yet another commendable step towards boosting indigenous & domestic production, making India self-reliant in these sectors

It should be understood that Atmanirbhar Bharat is a journey for not only the Government but also for the people. Every Indian citizen has a crucial role to play. Cluster Approach is the only way our goal will be achieved. It is a journey to embrace the local starting from our daily use to our leisure activities. The Prime Minister also stated that all famous & renowned global products started locally and are have now gone international only because the local people started using them more, promoting them more, and by being proud of them, more 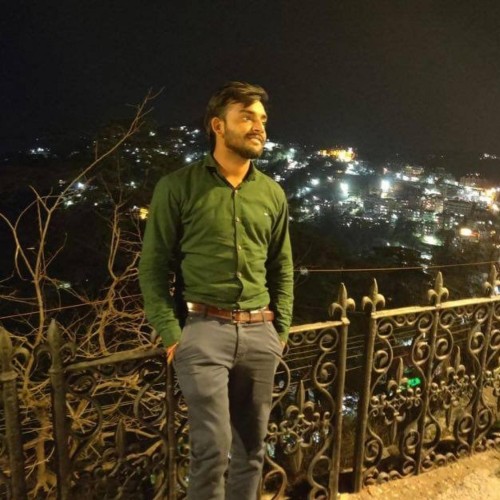 In the 2013 case, a girl from Surat accused Asaram of rape. Statements from 68 people were taken in the case. There was a total of seven accused, including Asaram.
News Reports

‘There was no other way except to physically enter the Golden Temple’: Operation Bluestar hero recounts nail in the final coffin of Bhindranwale

Adani, Hindenburg, short-selling and how it is all about Markets being at work: Salient aspects of the saga worth pondering over

Delhi: BJP hits back at CM Kejriwal for blaming biomass burning by security guards and drivers for air pollution

Uttar Pradesh: 13-year-old boy raped by a madarsa teacher who had lured him five months ago under the pretext of teaching him the Quran