OpIndiabringing the \'right\' side of India
More
HomeOpinionsTamil Nadu's opposition to ‘one state, one vote’ in GST council opens a Pandora’s...
Editor's picksFeaturedOpinionsPolitics
Updated: 31 May, 2021

Tamil Nadu’s opposition to ‘one state, one vote’ in GST council opens a Pandora’s Box where the state stands to lose

Was the Finance Minister of Tamil Nadu ignorant of the precedents and the consensus that went into framing the one-state-one-vote rule? Or was he trying to provide a post-facto explanation for his statements in the GST council?

The passing of the 101st amendment of the constitution by parliament in August 2016 and its subsequent ratification by states led to the Goods and Service Tax (GST) regime in India. The amendments made to the constitution include the addition of article 279(A) that contains a clause on the set-up and composition of a GST Council and the representation of states in this council.

On 28th May, the 43rd GST Council meeting was held to discuss a wide range of issues including exemptions for relief of COVID-19 material. However, the meeting was overshadowed by a spat between Goa Transport Minister Mauvin Godinho and Tamil Nadu Finance Minister Palanivel Thiaga Rajan.

One is not sure what exactly transpired during the meeting but the Tamil Nadu Finance Minister’s clarification on Twitter seemed to suggest that he was unhappy with the idea of each state having an equal vote in the GST council and preferred proportional representation in the council based on the population of states.

The one-state-one-vote of the GST council

It is not the first time that Tamil Nadu has voiced issues with the idea of “one-state-one vote” in the GST council. As a part of the 1st GST Council held in September 2016, the states of Tamil Nadu and Uttar Pradesh argued for different weightage of votes for states. They opined that “states with a population of 20 crores and 1 crore should not be treated equally in terms of votes”.

Smaller states in the GST council such as Meghalaya, Assam and Arunachal Pradesh objected to this. The erstwhile Chief Minister of Puducherry V Narayanasamy and a member of the Indian National Congress also supported the idea of one-state-one vote. The Union Finance Minister at that time, Arun Jaitely, pointed out that the issue was deliberated upon by the Select Committee of the Rajya Sabha while examining the amendment and they had agreed to equal vote for all states.

Was the Finance Minister of Tamil Nadu ignorant of the precedents and the consensus that went into framing the one-state-one-vote rule?  Or was he trying to provide a post-facto explanation for his statements in the GST council?

For P. Thiaga Rajan to then turn around and call himself the messiah for a “truly federal governance model” is plain hypocritical. Federalism is also about respecting a carefully crafted consensus that took place after protracted negotiations and for a Johnny-come-lately to undermine this is plain foolish.

A more worrying issue for Thiaga Rajan, his party – the DMK and the state of Tamil Nadu is that his statement is an explicit endorsement for the adjustment of Lok Sabha and Assembly constituency seats based on the decennial census so that the “fundamental democratic principle” he espouses is achieved.

These disparities earlier were ironed out by adjusting the number of seats based on the decennial census. However, in the middle of the emergency, Prime Minister Indira Gandhi amended Article 82 of the constitution that mandated the adjustment of Lok Sabha and Assembly constituency seats after each census. In 1976, with the 42nd amendment of the constitution, the number of seats in the Lok Sabha and in state assembly constituencies were frozen for a period of 25 years.

In August 2001, Arun Jaitley as the Minister of Law, Justice and Company Affairs introduced the Constitution (91st) Amendment Bill to further amend articles 55, 81, 82, 170, 330, and 332 of the constitution. This bipartisan move was aimed at extending this freeze on adjustment of seats for another 25 years till 2026. In his speech in the Lok Sabha, Arun Jaitley said that he wanted this to be seen as a motivational measure to enable state governments to pursue population stabilization measures without the fear of lower representation.

As a result of the delimitation order of 1976, the number of Lok Sabha constituencies have been frozen at 543 based on the 1971 census population of 54.8 crores leading to large disparities in representation.

A 2015 report by Kotak Institutional equities titled Demographic dividend and politics [Google Drive] tries to project the seats of states based on their population in 2026. If the total number of Lok Sabha seats were to be frozen at close to 550, then the number of Lok Sabha seats in the state of Tamil Nadu could come down from 39 to just 28. States like Uttar Pradesh could see a jump from 80 to 96 seats.

Does the finance minister of Tamil Nadu now endorse the unfreezing and readjustment of Lok Sabha seats in 2026? Does he endorse its implications for Tamil Nadu? Perhaps a reading of verse 843 of the Tirukkural – The ignorant torment themselves more than they do others – would serve him well. 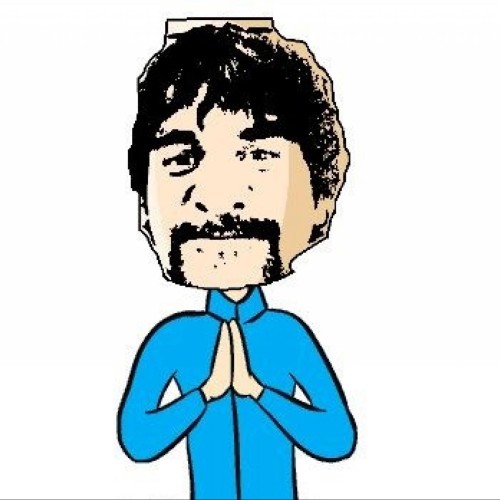 Venkat Goli
A commentator on politics and political economy.