OpIndiabringing the \'right\' side of India
More
HomeOpinionsAn open letter explaining the meaning of being an Indian, to a Kashmiri
Opinions
Updated: 19 July, 2017

An open letter explaining the meaning of being an Indian, to a Kashmiri

This is going to be a long letter, so please forgive me. I had to write to you following your factually incorrect emotional rejection of my country, titled “I am a Kashmiri, but am I not Indian? ” which I found here.

I am an Indian. I was proud of my identity yesterday, and I remain ever so proud today. Today and everyday, the criteria for being an Indian remains the same – be proud of your roots and carry its love in your heart.

Now before you dismiss my post as the rantings of a delusional woman sitting safely abroad and holding strong opinions about a place she probably hasn’t visited, let me inform you Ms. Bakshi, that my world lays shattered thanks to the violence in your state. I have lost two of the most important men in my life to innocent peaceful stone throwers in the valley.

I hope this still goes with your bigger picture of the country since you quote the preamble of the constitution. You have quoted the preamble Ms. Bakshi, but in my humble opinion, you need to look up what those words you have highlighted mean. You are probably busy shedding tears for the fallen terrorist, so let me help you a little bit there.

The preamble states “WE, THE PEOPLE OF INDIA, having solemnly resolved to constitute India into a SOVEREIGN SOCIALIST SECULAR DEMOCRATIC REPUBLIC and to secure to all its citizens: JUSTICE, social, economic and political; LIBERTY of thought, expression, belief, faith and worship; EQUALITY of status and of opportunity; and to promote among them all FRATERNITY assuring the dignity of the individual and the UNITY and INTEGRITY of the Nation”. (Sorry for highlighting 2 extra words Ms. Bakshi, but they were important to me)

Secular, Ms. Bakshi, actually means separation of state and religion. If India were to be truly secular, there would be no religion based reservations or special status for minorities or haj subsidies or money taken away from temple coffers while allowing masjids and churches to keep their money for themselves, and there would be a uniform civil code in place. It has nothing to do with that fact that the Prime Minister of this country does not attend Iftar parties. Why should he Ms. Bakshi? He is a Hindu, he is not observing a fast, why should he partake in Iftari? For symbolism? I firmly believe your actions should reflect your thoughts. Now if the Prime Minister, attends an Iftar party, he should do so after observing roza, to break his fast; if he attends one without observing a roza, he would be a hypocrite. Besides, he is a Hindu ma’am. He should not be forced to celebrate an Islamic tradition just to soothe your mind; that would be an infringement of his right to follow his religion. As long as he is not infringing upon your right to follow your religion, you should have no problem.

Democracy is defined as a system of government by the whole population or all the eligible members of a state, typically through elected representatives. Last time I checked, India was still a democracy and Narendra Modi is its democratically elected Prime Minster much to your chagrin apparently. Now you say this is a joke and that I should ask Hardik Patel (leading “peaceful” agitations for Patel! reservations), Kanhaiya Kumar (organizer of “peaceful” demonstration for Kashmiri azadi and conveniently changed the subject to gareebi se azadi when caught) and Umar Khalid (of the “peaceful” bandook ki dum pe lenge azadi fame). Thanks but no thanks! I don’t think I need to take lessons on democracy from such “peaceful” icons who urge youth to take up arms against the state, while receiving a state subsidized education.

And then Ms. Bakshi, you question the justice in the death of youth protesting the killing of a terrorist. Burhan Wani is a terrorist Ms. Bakshi, nothing less. He is a commander of the Hizb-ul Mujahideen – a terrorist organization and he recruited for it. Whether he fired a bullet or not is up for speculation; but by your definition, “Shri” Hafeez Saeed is also innocent because he only incites others to wage war against India, right? And Osama Bin Laden is also innocent because he only urged his followers to do his bidding, he was not the one to fly those planes into the World Trade Center. Right? And yes, those youth who were killed were only showering flowers at Burhan, but the great soul of Burhan turned those flowers into stones directed at his demonic slayers – the armed forces. Right?

Then you question the existence of liberty in India because a curfew has been imposed. I think you have the likes of Burhan and the Hurriyat to blame for that ma’am. These people were nowhere to be seen when the valley needed help during the floods recently. It was the satanic army which helped ma’am, the help which the valley gratefully received and ungratefully forgot. I don’t see you mention the Hurriyat and the militants in your emotional post – I am forced to wonder why.

As for your allegations about equality, I have to agree with you. Constitutionally sanctioned inequality exists where the Hindus are discriminated against just by virtue of being the majority. Let’s not forget about Kashmir here. Though the state unequivocally joined the Indian Union, article 370 prevents its integration with the rest of India. It prevents outside investment in the state and hampers economic growth. It also guarantees unequal representation of the people of other regions of the state in the legislative assembly and ensures only a representative from the valley becomes the state’s Chief Minister. Could you remind me why this is necessary?

Lastly you question the sense of fraternity in the Indian society because people are not standing in solidarity with the protests against the Indian state. As a person who has lived in countries spanning every inhabitable continent on Earth, let me tell you something definitively Ms. Bakshi, India is the only country where you can sympathize with a terrorist and still walk free. Ask Zakir Naik or Kavitha Krishnan or their ilk, and they will tell you.

Let me ask you an honest question Ms. Bakshi, did you ask why USA did not prosecute Osama Bin Laden and killed him instead? I know that Kavitha Krishnan wanted mercy for Yakub Memon and some of her ideological partners even signed mercy pleas for Kasab; so I can understand their pain at Burhan’s slaying. Are you one of them? I hope not, because otherwise I would have wasted my time writing to you.

Furthermore Ms. Bakshi, in the entire discourse about the Kashmiri community being drummed up today, why do the exiled Kashmiris remain forgotten? Is there a single voice in the valley that talks against the blatant vandalism of temples in the state? When the UNSC Resolution of Kashmir clearly states that to hold a plebiscite, Pakistan must first demilitarize, following which India will demilitarize while retaining the presence of its army to defend itself; why isn’t there a push for demilitarization by Pakistan? Do the separatists really want an end to this violence? Let me be very clear ma’am, the rest of India does not condone the violence happening in Kashmir right now; that being said, the rest of India also wonders why there are no protests against the separatists who oppose the proposed townships for the exiled religious minority groups. Is Kashmir only for the Muslims? Isn’t this religious bigotry in the garb of a freedom struggle? Why should any sane Indian stand in solidarity with this farce?

An idiot who tolerates terrorist sympathizers. 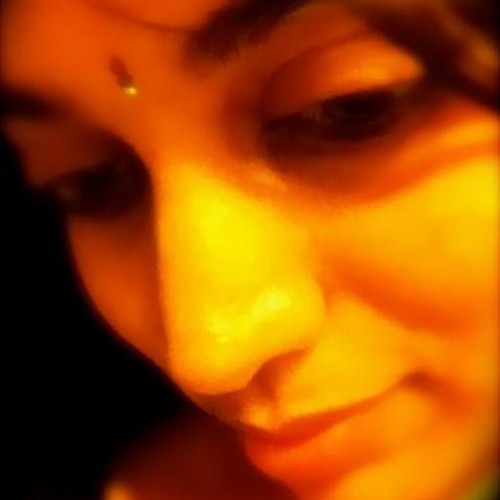