OpIndiabringing the \'right\' side of India
More
HomeOpinionsHow the 'intellectual mafia' works every time there is terrorist attack
Opinions
Updated: 26 March, 2017

How the ‘intellectual mafia’ works every time there is terrorist attack

After carefully following the discourse in the mainstream media and social media and especially the comments of those who set the agenda and affect the mindset of people, I am shocked, yet not surprised, to note how some people function in India and how their action is not in the interest of the country, people, and our army. I am using the phrase “Intellectual Mafia” to describe these people. They work in a group though it will appear as if they are working as individuals.

People like Barkha Dutt, Shekhar Gupta, Rajdeep Sardesai, Karan Thapar and many other mushroomed “intellectuals” and their minions who are sympathetic to the Indian version of the Left (which believes in: hate India, hate nationalists, hate Indian culture and of course, hate oppressive Indian army), function in two stages every time there is a terror attack. I followed their discourse just after the Uri attack and these are the observations:

Stage 1: Just after the terrorist attack, they will show that they are in sync with the larger consensus of the country, which is to punish those who carried out the attack. See tweets of Shekhar, Barkha, and also debates just after the attack:

If Pakistan thinks #UriAttack will have usual Indian non-response, it’s delusional. This India has moved on from old strategic restraint


Note the topic of debate by Dutt just after the attack. This will change as we move to stage 2:


Stage 2: As the days pass, people tend to forget or rather get involved with their own work and life, and this is when the intellectual mafia subtly start changing the narrative. Many minions will keep quiet during stage 1, as their opinion would invite severe criticism. Now Barkha, through her debate and others through articles and tweets will start talking about how we should show restraint and not hurt Pakistan. It is now when the minions will come out of their holes and start voicing their opinion in support of narrative being set by the likes of Barkha.

Now such minions will find themselves invited as guests on many TV shows. During stage 1, you will hardly find people in debates who will suggest restraint, because the media house was simply pandering to the national mood. In stage 2, someone like Jyoti Malhotra will now appear as an expert and talk about restraint and how a particular way of hurting Pakistan is not good. It is also the time when confused souls, like Rahul Kanwal, will follow the agenda of Barkha.

Taking the agenda forward, Barkha through her show tried to bring down the idea of teaching Pakistan a lesson by breaking of Indus Water Treaty. Of course she invited the kind of people who will toe her own line of thought. WSJ columnist Sadanand Dhume confronted her and pointed out how she had carefully chosen her guests:

@BDUTT That reflects mostly on your choice of guests, no? I’m sure @Chellaney would have argued the other side well.


We also had a columnist suggest the use of pen instead of a sword. I fail to understand why geniuses like herself don’t relocate to border areas in the Valley. For their safety, we should give them a bag full of pens of all shades and varieties and for the shield, we should give them books written by Arundhati Roy, or a report prepared by Amnesty International. We can even set up a fund for these geniuses to buy pens and books for their ultimate service to the nation at the border.

In which @mitalisaran favours the pen over the sword https://t.co/Ev7TsnIp2g#IndiaPakistan


In my opinion, this is how it works: These so called experts and opinion makers wait for few days and see if the Government is going for direct action. If it does not happen and it is unlikely it will happen in next few days, they will take down all the other ideas which may hurt Pakistan by saying this is not a correct way. We should have gone for direct action.

Seen-on-TV Jyoti Malhotra, in her article in Indian express, asks Modi to start talking to Nawaz again. After countless attacks and when it is clear that Pakistan supports terrorism and unrest in India, how come this “expert” comes up with this fantastic idea? It is India’s tragedy that such pathetic losers with no sense of reality are treated as experts. Here is the confused soul Rahul Kanwal who invited her in his debate on Indus Water Treaty. No prize for guessing whether she supported breaking down of a treaty or keeping it intact.

The behaviour of our pseudo-liberals is not surprising. During the pan India discussion about JNU incident on 9th February 2016, it was clear that these people supported those who chant “Bharat tere tukde honge”. Of course, they used Freedom of Speech argument but it will be foolish in our part to not miss the message and their mindset in supporting such a statement.

Finally, I would like to apologise to the martyrs of Uri attack and all other attacks on behalf of all citizens of India that we allow intellectual mafias in our land.

May I apologise on behalf of India for these war-mongers who pretend to be journalists? https://t.co/AlWwXbU3wE


I hope one day we will see India where the likes of Barkha, Rajdeep, and Co are not setting the agenda. India must have wasted countless attempts at trying to please these so-called experts on such matters of foreign policy, without realising that their agenda was not in the best interest of the nation. Sooner the masks fall off such people, sooner Indians realise that they are being fed propaganda in the name of unbiased opinions. 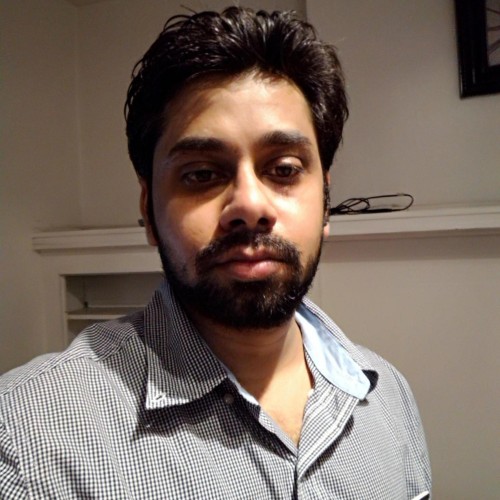 Prashant Jha
Will be joining [email protected] as a post-doc. Did Ph.D. from Carnegie Mellon University. ॐ नमः शिवाय|