Sexual assaults – it’s not the dress stupid, it’s your attitude 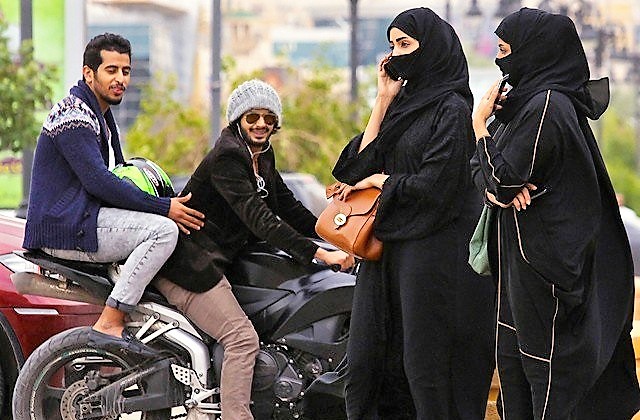 What happened in Bangalore on the new year’s eve happens every day in the streets of India, may be not at such a large scale, but sexual harassment of women, molestation and rape is an epidemic that has spread to every nook and corner of our country. We may not like to admit it, but trust me; it’s sexual assault against woman are nothing less than an epidemic.

The problem however, is not with the sexual assault alone, but with the silly excuses often by those who consider themselves to be the upholders of our liberalism and feminism that are used to justify such assaults, including this bizarre ‘science of sex’ argument and more often than not, our people indulge in widespread victim shaming, instead of questioning the perpetrators.

The moment a woman dares open her mouth against sexual assault, the very first question people tend to ask is ‘when did it happen?’ God forbid if the incident happened after sun down, majority of the people invariably end up questioning the woman – ‘why did she have to go out at night?’ ‘What was she doing out so late?’ ‘Oh! She was alone at 8 PM? It’s her fault… she should have known better’… and on and on people question the ‘character’ of the woman, instead of questioning the assaulter.

If she was assaulted during the day, the obvious question that is asked is, ‘what was she wearing?’ ‘Oh! she was wearing a skirt… who told her to show her body? she should have know better’

If she was wearing ‘proper clothes – read kurta, saree, burka’ the very next question is, ‘was she drinking booze? Who told her to drink booze, she had it coming.’

If she is not guilty of any of the aforementioned ‘crime’, then the next question is ‘what was she doing there? She must have asked for it…’ We have seen how some morons even blamed food – chowmein, and mobile phones for the sexual assault, but not the men who perpetrated those heinous crimes.

It’s this relentless, never ending questioning of women, which promotes and provides room for such perverts to walk away free every time someone sexually assaults a woman.

Tragically almost 90% of such crimes go unreported. The victims, generally women, are afraid to speak out, for they are aware how our society will find a way to blame her for the assault.

The moment such a crime gets highlighted ‘Morality ke Thekedaar’ like Samajwadi Party leader Abu Azmi who will claim, “women roam around naked, a blot on Indian culture…” implying the women deserve what was happened. We also get the likes of Karnataka Home Minister G Parameshwara who said “such incident do happen on New Year day and Christmas.” It is this institutionalization of sexual harassment, molestation and rape which is at the crux of the problem women in our country have to live with.

But it need not be so.

I come from Darjeeling, and even though we are politically a part of West Bengal, socially, culturally, geographically and linguistically we are very different than the rest of Bengal. We have more in common with the rest of North East India, than the mainland Indian culture which is prevalent in Bengal. Let me explain what I mean by ‘mainland Indian culture’ vs ‘rest of north east’.

Unlike the rest of India, the dowry system is almost unheard of in Darjeeling, Sikkim and rest of North East, which roughly translates to the fact that our daughters are not seen as a BURDEN. Rather, they are regarded as the most important members of our families. What this very basic, yet fundamental difference in perception of our daughters does is it provides a room for our daughters to grow up into becoming the person they want to become.

In Darjeeling, Sikkim and rest of north east this freedom of choice begins right from our childhood, when boys and girls go to the same school. They grow up together, mingle with each other and end up learning to respect the opposite sex as our equal. For every son we bring up as Krishna, we have a daughter who is brought up as Durga, so mutual respect comes naturally as it is imbibed fundamentally in our communities.

In my community – the Gorkhas the sons are never taught that they have to protect our daughters; rather we have a festival Bhai Tika where the daughters vow to protect their brothers. This sense of women empowerment is not imposed, rather it comes from our fundamental belief that daughters are equal to sons in each and every respect. Yes, there will be instances and families who may not necessarily treat their daughters equal, but in general the daughters are not seen as a burden on their families, and this basic fact changes everything.

Our daughters are allowed to choose their life partners, much like our sons. Arranged marriages are a rarity in Darjeeling, Sikkim and rest of north east India, and actually often frowned upon. The general feeling is that ‘if one cannot choose his/her wife or husband then what will you do when it comes to making other important decisions in your life?’ Inter-caste, inter-religion, inter-community marriages which are so rare in rest of India are a common phenomenon in North East. This not only helps in making our community more diverse, it also helps in promoting religious, social and cultural harmony too.

This respect towards female is not just confined to our own, but is extended to every women who happen to come in our society. Darjeeling is a hill town and one of the most popular tourist destinations in India, we take pride in the fact that Darjeeling is one of the SAFEST cities for single female travelers in the WORLD.

Don’t take my word for it, rather take this testament from Jon Snow of Channel 4 News UK, when his daughters were stranded at 2 AM by a highway, this is how a truck driver and his helper from Darjeeling reacted. He writes:

“At 2.00 am in the morning on a remote stretch of winding road one of the tyres gives way. The driver changes it in the middle of the road. Fifteen minutes later a second tyre gives up the ghost. No more spares.

To my horror, these two blondes stand, at 2.30am, on the dark roadside and start hitching. A five ton truck laden with sand hails into view. It stops, they scramble in. The driver and his mate prove to be the sweetest most caring individuals.

By 4.00 am they have stopped at a tea stall and are buying the girls, tea and delicious pastries.

At 5.00 am the sand truck draws up at the very doors of the hostel in which the travellers are to stay.”

This is perhaps the fundamental difference between the North East and rest of India, or we don’t see a single woman as an opportunity, rather we see her as a collective responsibility.

I am no Gurudev Rabindranath Tagore, but if I was him, I would probably pen:

“Where the women are without fear
and their heads held high,
where society doesn’t impose their norms on them
instead allows them to become who they want to be,
where the dresses they wear, the time of the day they hang out
and food and drink they enjoy is not judged,
much like the North East India
Into that heaven of freedom, my Mother, let my country awake.”

[Upendra M Pradhan writes the column Voice of Darjeeling for www.darjeelingtimes.com and is editor at large at The Darjeeling Chronicle.]

Upendra M Pradhan writes the column Voice of Darjeeling for www.darjeelingtimes.com and is editor at large at The Darjeeling Chronicle.