OpIndiabringing the \'right\' side of India
More
HomeOpinionsWhat Sasikala could have learnt from Sonia Gandhi
Opinions
Updated: 14 February, 2017

What Sasikala could have learnt from Sonia Gandhi

Rajiv Gandhi’s untimely death in May 1991 during the middle of an election campaign pushed the whole country and the Congress party into a leadership vacuum all of a sudden. After having won a thumping absolute majority in 1984 that gave him unprecedented number of MPs in Lok Sabha and an unassailable majority in both houses of the Parliament after the assassination of his mother Indira Gandhi, Rajiv Gandhi squandered the opportunity to take the country forward in many respects, instead landed into many controversies like Shah Bano case, IPKF in Sri Lanka (that led to his eventual death) and Bofors scam that costed him the election in 1989.

Successive minority governments by Janata Dal, first led by V P Singh and supported by an unlikely combination of both Communists and BJP and then by Chandrashekhar, supported by Congress both failed after short duration, and the country itself was in a state of both economic and political bankruptcy in 1991 when the election campaign was going on and Rajiv Gandhi was tipped to win again and perhaps chastened by the last defeat, expected to deliver much better this time around, but couldn’t live to see the elections through when he got killed in a suicide bomb attack by LTTE terrorists.

The Congress leaders got into a huddle and as expected tried to push his grieving widow, Sonia Gandhi, into the arena to lead their campaign as that would have got them a sure shot victory based on sympathy wave just as how Rajiv Gandhi himself won in 1984. Instead, Sonia declined the offer and eventually Congress turned up as the single largest party, but short of a simple majority. An unlikely candidate who had almost taken a political sanyas that time became the Prime Minister and led a minority government successfully for five years that saw revolutionary changes in the economic policies and opening up of our economy for the first time since Independence, a major shift from the Nehruvian socialist legacy that Congress party was following until then.

Narasimha Rao, who was expected to kowtow to the dynasty (read Gandhi family) didn’t stop at that, instead sprung a surprise and became an authority by himself and in the subsequent Tirupati AICC session, perhaps for the first time, there was an absolute leader of the Party and the Prime Minister from Congress Party who was not from the Nehru dynasty. This of course put many of the Gandhi family loyalists and apparently Sonia Gandhi herself into a spot of bother and the coterie tried their best to undermine Rao’s authority in many ways, and finally when Rao lost the elections in 1996, the infighting and revolt reached a feverish pitch.

The subsequent two years when again Congress was out of power but was supporting one short-lived minority Janata Government or the other, like in 1989 to 91, the power struggles within the Party were getting worse, as one big leader after the other like Mooppanar, Sharad Pawar and Mamata Banerjee left the party, and the Party was led by Sitaram Kesari who was finally locked up in a toilet, in a bitter and ugly brawl, during the Presidential elections that saw Jitendra Prasada, Rajesh Pilot and all trying to stake their claim. Yet Sonia Gandhi remained aloof and did not partake into any of these.

The party was about to split into different factions by 1997-‘98, when several of its leaders finally reconciled to the fact that the only unifying factor and saviour for the party would be the Gandhi family and Sonia herself, and finally urged her to take the leadership of the Party. Subsequently, she made the first major political move which is now famous as the “tea-party” move with Jayalalitha during 1998 aided by Subramanian Swamy, that pulled down Vajpayee’s NDA Government in 1998, but could not stop them from coming back in 1999. In between she fought a couple of elections and became MP, and finally in 2004, led UPA to its electoral victory and could have become the Prime Minister herself, but stopped short of it (either due to technical reasons or willingly) and chose Manmohan Singh as the Prime Minister. As UPA Chairperson and Congress Party President, she was successful in continuing this arrangement for two terms and got a more resounding victory in 2009, which is not a small achievement, considering the fact that for the first time in about thirty to forty years Congress Party was winning elections back to back and forming Government in the Centre under her leadership.

During the period from 1991 to 2004, what is to be noticed is that, despite many occasions when she could have easily thrust herself into the leadership position, she did not do so. Instead she waited until the Congress Party tried other leaders and failed to unify and strengthen itself and the infighting led them to come back to her to lead the party which she eventually took up. Even then she proved herself by winning elections, sitting on the Opposition benches for about six years before she could get a victory for her party. And eventually worked out an arrangement to have Manmohan Singh as the Prime Minister, even when she couldn’t (or didn’t – we never know) become the Prime Minister herself.

The situation was not so different for Sasikala now, when Jayalalitha’s untimely death pushed AIADMK and Tamilnadu into a leadership vacuum. Like Sonia Gandhi, she could have waited and worked out the arrangement with O Panneerselvam as the Chief Minister, who was doing a pretty decent job post Jaya’s death and could have taken advantage of holding the party together rather than pushing it into this crisis now of a split and uncertainty because of her urgency to become the Chief Minister herself.

As the General Secretary of the Party (that she got herself elevated into relatively easily and quickly without any resistance) already she was commanding the highest power within AIADMK. She could have waited and used this opportunity to first get the cadre support by uniting them and then people support by winning any by-election before asserting herself for the CM’s chair at an appropriate time later. If she was bothered about the imminent judgement by the Supreme Court, and any possible conviction, she should know that despite being in prison many times before Jayalalitha herself could come back to power easily.

Or for that matter it had not stopped Lalu Prasad from being active in politics and getting back to power again, as public memory is relatively short and people don’t consider being convicted and in prison is a great disqualification for a leader. But for whatever reasons, best known to her, she showed an urgency to occupy both the chairs, thereby pushing the very party that she was claiming to save now into an unnecessary crisis and possible split.

Now that the verdict is out and she is convicted, this urgency she showed, all the more stands exposed, and had she waited patiently, she could have even converted this verdict in her favour of getting some sympathy. 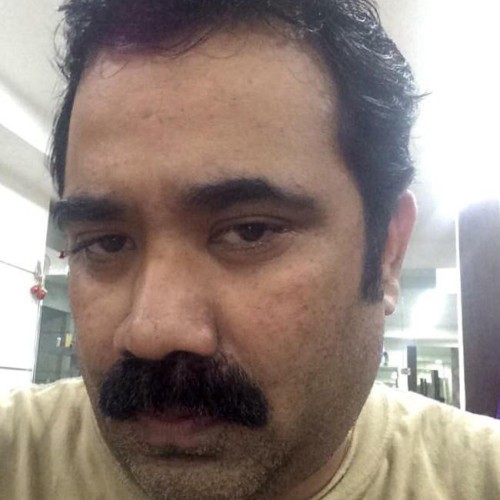