Jethmalani calls Kejriwal a liar, quits as his counsel in the defamation case filed by Jaitley 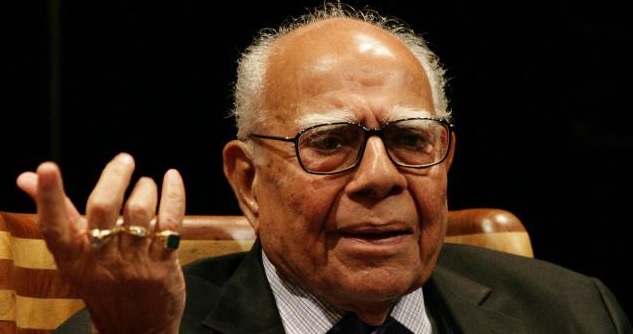 In an interesting twist to the tale Rs 10-crore defamation suit against Arvind Kejriwal and five other AAP leaders filed by Union finance minister Arun Jaitley, senior lawyer Ram Jethmalani has quit as the counsel of the Delhi Chief Minister.

Jethmalani has also asked Kejriwal to settle his pending legal fees, which amounts over Rs 2 crore as per media estimates. In February the Delhi government, on behalf of the Chief Minister and the five other AAP leaders, had cleared a bill of Rs 3.5 crore to Jethmalani by burdening the exchequer.

The development came in the wake of the AAP supremo’s blatant denial of having instructed his lawyer Jethmalani to use “derogatory language” against Jaitley. During the court proceedings on 17 May, Jethmalani had openly called Jaitley a “crook”. This resulted in the High Court expressing its shock and called the comment “scandalous”. Jaitley had asked Jethmalani whether he was authorised to use the derogatory word in behalf of his client Kejriwal to which Jethmalani had replied in the affirmative. Following this, Jaitley had slapped another Rs 10 crore defamation suit against Kejriwal.

Stung by the fresh defamation case, a worried Kejriwal had filed an affidavit in Delhi high Court stating that it was “inconceivable that he would even think of instructing the senior counsel to use such objectionable words”.

#WATCH I have quit the case of Arvind Kejriwal. Reason being he lied that he did not give me instructions, fact is he did: Ram Jethmalani pic.twitter.com/DzEVH0wmoR

Jaitley had filed a defamation case against Arvind Kejriwal and 5 AAP leaders in December 2015 stating that they had made “defaming statements” against him regarding his tenure as the Delhi District Cricket Association (DDCA) president from December 1999 to December 2013. The five AAP leaders who are named in the defamation suit, apart from Kejriwal, are Kumar Vishwas, Ashutosh, Sanjay Singh, Raghav Chadha and Deepak Bajpai.