Following the appointment of Tajinder Bagga as the BJP spokesperson in March this year, abusive troll and journalist Swati Chaturvedi had tweeted an offensive tweet on him.

Now the man who beat up @pbhushan1 was arrested in a sexual harassment case speaks for @BJP4India. Good job https://t.co/Tjr1ZqdDge

Following this, Bagga had filed a criminal defamation petition against her in Patiala High Court, Delhi.

Here is a copy of the complaint. 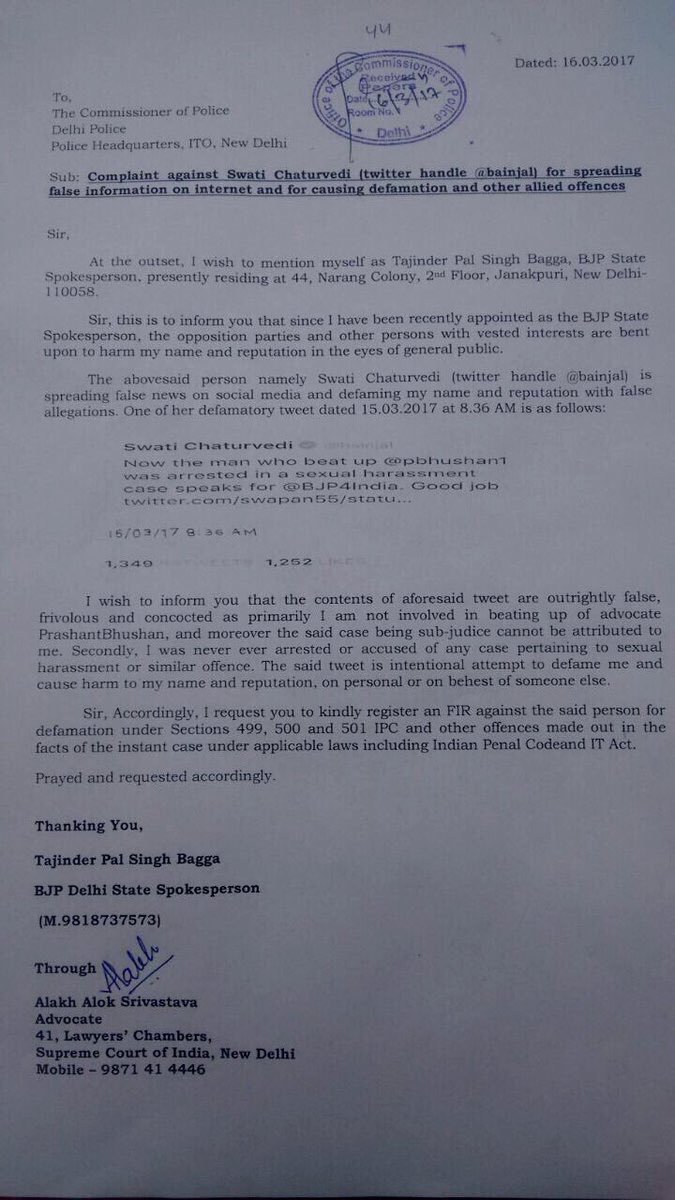 Advocate Alakh Alok Srivastava appearing on behalf of Bagga said, “Swati had tweeted a derogatory and defamatory tweet. Today, the court has allowed them (Bagga) to record his pre-summoning evidence which the court has accepted. The court has set 9th October as the date to hear their arguments. Following that, the court may issue summons to Swati as an accused.”

He further added that upon issuance of summons, and if found guilty, Chaturvedi could be punished under the Indian Penal Code.

Swati Chaturvedi’s foul-mouthedness is not new. She has previously also tweeted abusive things to people who don’t agree with her. She is also known to have filed fake stories and targeted harassment.