More
Home Opinions The Economics of blaming someone for a murder without proof
Opinions
Updated: 7 September, 2017

The Economics of blaming someone for a murder without proof 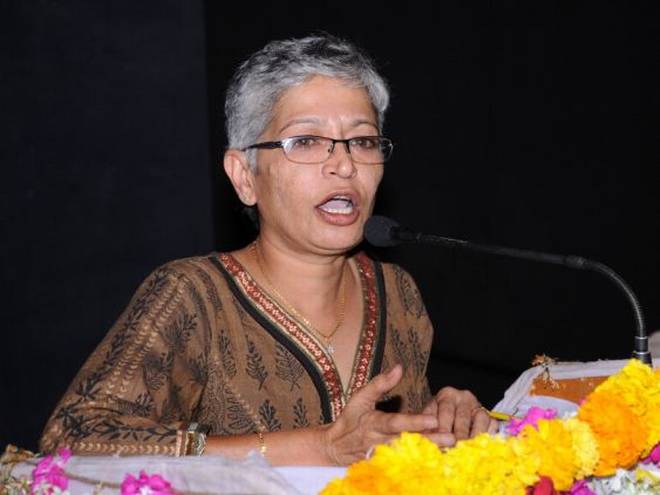 Who must have the default blame for the murder of Gauri Lankesh?

I know I know… much was spoken, written and outraged over the last one day. None however discussed an economic framework which can help assign it. In order to do that, I quote best-seller author Steven Landsburg’s articulation of Ronald Coase’s path-breaking idea. So here it goes:

Factories pollute too much because someone other than the factory owner has to breathe the polluted air. Nineteenth century trains threw off sparks that tended to ignite the crops on neighbouring farms, and the railroads ran too many of those trains because the crops belonged to someone else. Farmers keep too many unfenced rabbits when they don’t care about the lettuce farmer next door. These are some examples of externalities.

Arthur C. Pigou’s solution—and it’s often a good one—is to make sure that people do feel the costs of their actions, via taxes, fines, or liability rules that allow the victims to sue for damages. Do a dollar’s worth of damage, and you’re charged a dollar.

The second great idea about externalities sprang full-blown from the mind of a law professor and subsequent Nobel prize winner named Ronald Coase, who stunned the profession in 1960 by pointing out that Pigou’s argument runs both ways. If you breathe the pollution from my factory, I’m imposing a cost on you—but at the same time, you’re imposing a cost on me. After all, if you lived somewhere else, you wouldn’t be complaining about the smoke and I wouldn’t be getting punished for it.

This insight—so simple once stated, but thoroughly astonishing to the economists of 1960—means that in a case of externalities, pure theory can never tell you who should bear the costs; you’ve got to look at the specifics of the case.

Take those spark-throwing railroad trains. Pigou says: There are too many fires because the railroads don’t care; let’s make them reimburse the farmers for all the crop destruction, and then they’ll care.

Coase says: Wait a minute. Often, farmers can prevent fires at very low cost by not planting quite so close to the tracks. True, the railroads don’t currently care about the crop damage. But if you reimburse the farmers, then the farmers won’t care, and you’ll get too many crops planted too close to the tracks. The best way to prevent fires might (or might not) be to grant the railroads complete legal immunity.

And as for that rabbit farmer—the one who lives next to the lettuce farmer and lets his rabbits run wild—Pigou would have insisted that the rabbit farmer cover the damages. Coase is more evenhanded.

Which outcome is worse? That depends on whose solutions are better. Pure theory can’t answer that question.

Now, let’s apply this theory to the story of murder of “Rationalists” by the “Hindutva forces”.

If Hindutva could profit from murder of rationalists without accepting the blame, secularists (rationalists) can too profit from attributing the murder to Hindutva when the murder was the handiwork of someone else. Both are equally important possibilities for an ideology-neutral observer.

So what is the ideal way of assigning the blame? The principle should be that the blamed party gets to defend itself easily to minimise the cost. If any one of these two parties is the default one to receive the blame, then that party has to run from pillar to post to acquit itself—a costly solution indeed.

On the other hand, if the Hindutva forces control the police (and hence the investigation), one can never be sure if the Hindutva forces are innocent regarding the crime. In such a scenario it would be almost impossible for secularist forces to refute the accusation of ill-will which is not cost-effective as well.

We can use this framework to evaluate both these parties — the secularists and the Hindutva forces — regarding Dhabolkar, Pansare, Kalburgi, Sai Reddy, and now Gauri Lankesh.