OpIndiabringing the \'right\' side of India
More
HomeOpinionsGurmehar Kaur is by no means a 'Free Speech Warrior'
Opinions
Updated: 14 October, 2017

Gurmehar Kaur is by no means a ‘Free Speech Warrior’

TIME Magazine thinks of Gurmehar Kaur, the celebrity student, as a “free speech warrior” and such an idea could not be further from the truth.

It is indeed true that she faced a situation which I would wish on no one. But the fact of the matter is that abuse is a surety if you are a public personality in twitter. The fact that she had to go through that is definitely unfortunate and condemnable, but it is not out of the ordinary.

More importantly, she is not in any way a crusader for free speech. She can claim that she is a free speech advocate, but she is not.

She has been threatening young boys for making harmless memes – which she deemed to be defamatory in nature. I do not dispute her right to legal recourse. However, claiming that she is in any way a paragon of free speech is more than disputable.

This incident imitates something that has been quite a phenomenon in the global left:

The artificial distinction that they have sought to create between “free speech” and “hate speech” in an effort to shut down any speech that they dislike.

Much like another favourite buzzword of the left – “Islamaphobia” – the distinctions that exist between “hate speech” and free speech are unclear. Moreover, while there are limitations to free speech, the United States Supreme Court (the bastion of free speech in the world), has consistently upheld the citizens right to free speech which includes hate speech.

This is because what constitutes “hate speech”, is a matter of subjective and thus arbitrary opinions. Can then, an advocate of free speech accept this classification? After all, what is accepted now could have been considered hateful some time ago, and vice versa.

Ms Kaur is, in my view, actually a status quoist to our current legal regime. If she supports the distinction between hate speech and free speech, she is endorsing Section 295 A of the IPC – the provision that criminalises blasphemy, since Blasphemy is obviously hateful speech against a religion or religious figure.

I am more than inclined to take this exercise further. If she thinks that hate speech is not free speech, then the slogans that were raised at JNU – were they not hateful to the patriotic citizens of India? Thus, is it or is it not free speech?

Considering all this, is Ms. Kaur an advocate of free speech? In my mind, she is not. She may not have retreated into a cocoon when faced with opposition to her views, and I applaud her for that. But the fact that she is more than happy to silence others is worrying. To think that Ms. Kaur, with her hypocritical stand on free speech is a next generation leader is extremely concerning for me.

She maybe an advocate of free speech for some, but for me – as a person of the same generation, she is a representative of the rapid raise in progress and fame one can have, if one has the right family background and right ideological background (pun unintended). Her appearances in TV, her book deal and her selection as a next gen leader displays to me, at the least, the influence her ideological compatriots exercise in the national and international media and otherwise.

I have, for TIME magazine alternative suggestions to Ms. Kaur, who they can hail as “free speech warriors”:

Ms. Shreya Singhal, who filed the Public Interest Litigation that struck down Section 66A of the IT Act, 2000 which had severely limited our freedom of speech in the internet.  Or the 17 years old boy in West Bengal whose harmless Facebook post led to Islamist mobs rampaging in West Bengal and so many others.

Even this article can be considered as being hate speech against Ms. Kaur. After all, it has all the necessary ingredients. If we were to stand for civil liberties in any manner, we have to imbibe Evelyn Beatrice Hall’s words: “I disapprove of what you say, but I will defend to the death your right to say it”. (He was illustrating Voltaire’s ideas)

Editor’s note: The author has earlier written two articles on his blog: “On Free Speech” and “An Examination of two scenarios” and a third one for Swarajya Magazine: “The Rights and wrongs of free speech” . It is advised that the articles be read for a clearer picture on the Freedom of Expression. You can also follow him on Twitter at @Ananth_Krishna_. 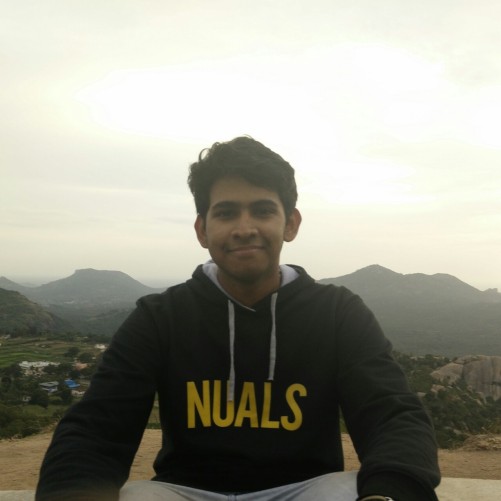 In a 'fact check' published by Alt News, the propaganda outlet claimed that Tablighi Jamaat converted people into Hinduism.

26/11 Mumbai attack vs 19/11 Mangaluru blast: The parallels of an attempt to raise the ‘Hindu Terror’ bogey