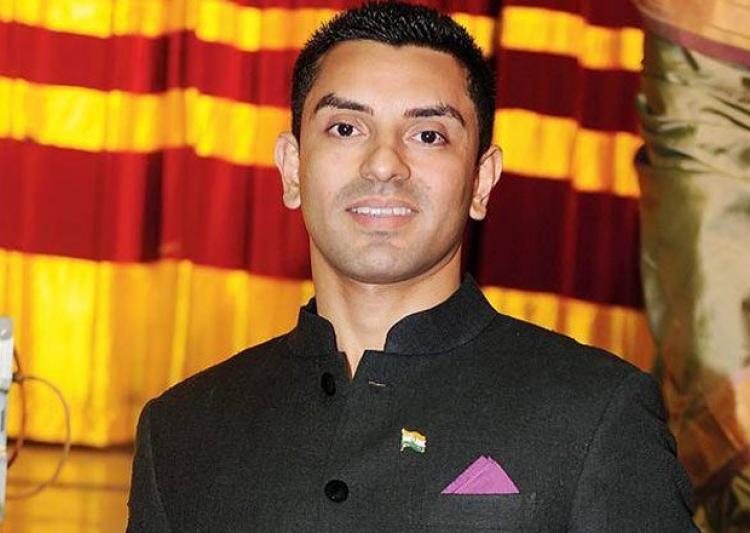 Earlier in the day, we had published a report titled ‘Billionaire Cyrus Poonawalla clarifies ‘motormouth’ Poonawalla of Congress is not his relative’, which was based on an article that had appeared in Mumbai Mirror and Ahmedabad Mirror newspapers.

As per the report in the Times Group newspapers, billionaire businessman Cyrus Poonawalla’s PR firm had issued a statement, where it was clarified who all were the members of the family linked with their business, further asking the press not to assume any other “Poonawalla” as part of their family.

The Mirror report wondered why the business family had to issue such a clarification and hinted that perhaps the business family had a ‘motormouth politician’ with the same surname “Poonawalla” in their mind while issuing the statement. Very soon, social media users knew that the hint was too obvious, and Congress supporter and brother-in-law of Robert Vadra, Tehseen Poonawalla was being referred to in the Mirror report.

The OpIndia report documented the same, and further pointed out the earlier deeds of Tehseen Poonawalla, which includes provoking people in the name of caste, spreading lies about lynching and tweeting obscene tweets to Minister Smriti Irani.

Once the report went viral, Tehseen claimed that he had spoken to Adar and Cyrus Poonawalla regarding this report. Later, he put up a copy of an email, which he claimed was sent to him by Adar Poonawalla, the son of Cyrus Poonawalla: This email, whose original message was sent by a certain Melvin Bob to Melvin Bob himself as per the image posted by Tehseen, claimed that Tehseen Poonawalla is an old friend of Adar Poonawalla. It called the recent news sad and unfortunate. The email further claimed that Adar isn’t involved in politics and his and Tehseen’s business interests are separate.

Based on this letter, Tehseen threatened OpIndia with a defamation case if we didn’t apologise and take down the “fake”  article:

Dear @OpIndia_com request u to immediately apologize & take down this fake article or we file defamation 1n.
Cc @mvadera@Deepali_Dwivedihttps://t.co/DESwLeigoD

So do we owe an apology to Tehseen? Was our report “fake”?

First of all, the letter by Adar Poonawalla doesn’t deny that a PR firm, on behalf of his family, had issued a clarification asking the press to not assume any other Poonawalla as their relatives. The letter also doesn’t say that the family was not hinting at Tehseen in their statement, or Tehseen’s actions were not the reason why such clarification was issued.

Please remember that something that is “sad and unfortunate” — how the purported letter by Adar describes the situation — is not necessarily “fake”. Even realities are sad, unfortunate, and embarrassing on occasions.

Even though the letter doesn’t explicitly deny either a clarification being issued or Tehseen being the ‘other Poonawalla’, let Tehseen or Adar give an example of another Poonawalla, who is relevant to the press for some reason (i.e. a public figure), whom the business family doesn’t want to associate with as relatives; we will update the report even in that case.

And lastly, why is Tehseen not taking up the issue with Times Group that publishes Ahmedabad Mirror and Mumbai Mirror?

Finally, we are carrying the letter in fairness, and we leave it upon our readers to conclude the facts around the development. We are also updating our earlier report and adding this information about the letter in the original article, so that people don’t miss the other side of the story.