Mehbooba Mufti orders the withdrawal of cases against 4,327 stone pelters 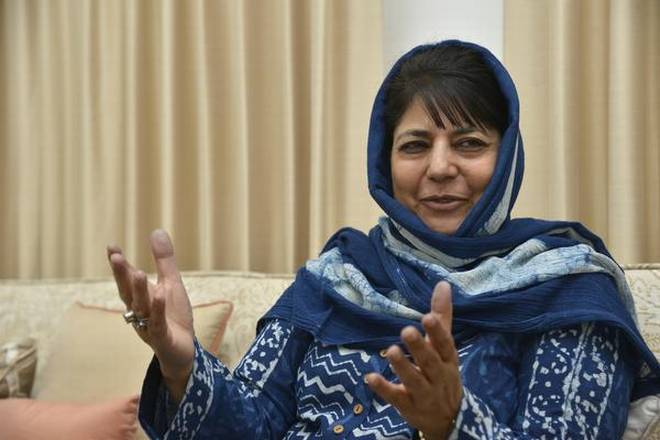 As per reports, this decision was a result of the recommendation provided by a high-powered committee headed by Director General of Police (DGP) S P Vaid. Soon after coming to power the Mufti government had initiated a review process of stone pelting cases which were lodged against youths from 2008 to 2014.

It had earlier withdrawn 104 cases against about 634 youths, two months after coming to power. This process which was disrupted last year due to the violence, was renewed yesterday with the withdraw of about 744 such cases which involves 4,327 such pelters.

The Mufti government doesn’t seem to be stopping at that and it has also asked the committee to look into the cases filed in 2015, 2016 and 2017, a report concerning which will be submitted in the next 10 days. The justification provided for such a move is that the government wants to help the youths rebuild their lives.

This withdrawal though doesn’t include cases filed against repeat offenders and those suspected of heinous crimes.

Such a move by the Jammu and Kashmir government comes  after the National Investigative Agency (NIA) had undertaken extensive efforts to try and put a dent into the stone pelting menace.

We had reported in the past how the investigative agency had identified 117 individuals who led stone pelting groups and gave instructions over WhatsApp. It had also identified 79 WhatsApp groups which were used to mobilise stone pelters, many of which had admins in Pakistan. The agency had also arrested two notorious stone pelters, one of whom was also a photojournalist.

It remains to be seen as to what is the response of coalition partner BJP on this whole issue. It also remains to be seen whether such an “amnesty program” by the Mufti government indeed helps drive away these Kashmiri youths from insurgency or whether they would be back on the streets in the near future.