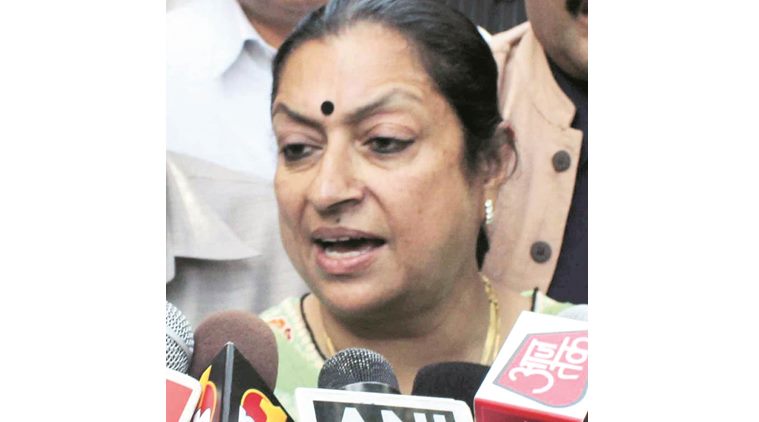 Congress MLA from Dalhousie, Himachal Pradesh, Asha Kumari was caught on camera assaulting a female constable, who in turn, slapped Kumari back.

As per reports, Kumari was furious at being denied entry into a review meeting chaired by newly crowned Congress President Rahul Gandhi, who was in Shimla to assess what went wrong in the recently concluded Assembly elections where Congress won 21 out of 68 seats and BJP bagged 44. Kumari the Punjab in-charge of All India Congress Committee (AICC) and recently won the assembly elections in Dalhousie, Himachal Pradesh.

Soon, netizens came together to call out Asha Kumari’s arrogance at assaulting a public servant on duty.

LOL .. @INCIndia Himachal MLA Asha Kumari tried to show her arrogance by slapping a lady-constable. She was slapped back then and there in same coin. Bravo?
Mr CM @jairamthakurbjp, please ensure the lady-constable is not harassed for this.pic.twitter.com/h7pwVh7c2z

Congress MLA Asha Kumari should have known assaulting government servant on duty punishable offence. Well done constable for hitting back the arrogant leader. Hope leaders learn virtues of modesty & humility. We live in democracy in which all are equal & leaders aren’t above law

Hightime our men and women in uniform stood for self-respect. The lady MLA from @INCIndia should be booked for assaulting a police woman on duty and obstructing a public servant from discharging her duties. Let’s see if @OfficeOfRG will suspend Asha Kumari for such indiscipline. https://t.co/shWxEZNm9s

Many even came out in support of the lady constable who slapped back Kumari.

This Asha Kumari got befitting reply….NO MORE DADAGIRI OF MLAs
Kudos to this woman constable ??? https://t.co/wtMinP7NDr

With the common citizen getting exponentially aware, such arrogance of politicians is the one thing that political parties need to check. This seems to be just another incident where the Congress party has displayed its elitism.