OpIndiabringing the \'right\' side of India
More
HomeOpinionsSchool History textbooks are breaking the civilisational spine of the country
Opinions
Updated: 11 January, 2018

School History textbooks are breaking the civilisational spine of the country

Indus Valley civilisation, Aryan-Dravidian Theory, half a page on the Mauryan Empire, one case study on the Cholas, followed by a direct leap to the Delhi Sultanate, an extensive coverage of the “brilliant” Mughal Empire, The British rule in India, The Indian independence, abolition of “regressive Hindu norms” and finally, the formation of a “sovereign, secular, socialistic, democratic, republic”.

This would be an overview of all the areas in social science/history that every student, studying the Indian curriculum is taught. I can vouch for the fact that no student who has learnt history only from his textbooks, would be able to dive deep into any other topic but these. That is a massive problem. I affirm that there are numerous flaws in today’s education system with regard to social sciences and that it is vital for the educational board to eliminate debunked myths from the textbooks of students.

But before this, I would want the reader to understand why it is so important for a student to get the history right. If what has been done for the past five decades continues, every student done with their schooling would leave with a biased narrative that is preached by this education board. A narrative that directly conveys messages like:

– Hinduism and Sanskrit never were a part of Indian culture and they came from elsewhere.

– Indian culture with regard to art, poetry, monuments, cuisine came from Muslim empires.

-Caste system, Sati and many such regressive practices all came from Hinduism and the reformers had to “refine” the primitive religion, to form a more tolerant, liberal “Neo-Hinduism”.

By carrying such mindsets, students start to lose their national identity, their religious identity and begin to criticise Dharmic customs and traditions with their half-baked knowledge, standing on the grounds of zero understanding over Hindu civilisations and their advancements in various fields. Rajiv Malhotra in his book ‘Breaking India’ says, “(A civilization) gives a definite sense of who ‘we’ are, and ensures a deep psychological bond among ourselves, along with the feeling that the nation is worth defending…Breaking a civilization, therefore, is like breaking a spine of a person.”

I accuse the Indian educational board of having made serious moves towards breaking this very spine, through the downplaying of Dharmic culture and Hindu civilisations and very cunningly, propagating a disproved theory that was used as a tool to divide our nation: the Aryan Invasion theory. Therefore, I aim to expose these grey areas, that manufacture more and more misguided mindsets in the youngsters of India.

Since it is impossible for me to go through each and every distortion the textbooks hold in this one article, I have decided to conduct a case study for now. This case study will aim to dive into the narrative a Class 8 student is left with, thanks to his/her textbooks. Predominantly, the syllabus focuses on British rule in India and therefore, that is what will be looked at. In the near future however, I will be writing about other such distortions including those that exist in my own textbooks.

And so, let us analyse the first source which lies at the very beginning of the booklet ‘Caste and Reforms’

This diagram is a typical illustration of how the Varnas are depicted to be a matter of “inferiority” and “superiority” when they originally were nothing but outlines of the duties that were meant to be fulfilled by different elements of society. You will see exactly how the education board portrays Hindu scriptures as the cause for the discrimination as you read on.

Upon making a ghastly first impression on the supposedly regressive Hindu practices, let us take a look at what this beautiful booklet (which I was taught from along with thousands of students) has to say about Christian missionaries

The book says, “Christian Missionaries began setting up schools for tribal groups and ‘lower caste’ children.”Just so one knows, this is the only reference made towards missionaries in the topic. The only thing the booklet has to say is that Christian missionaries provided services towards these oppressed. However, there is no mention on the ulterior motives, especially the conversion activities that they ran in exchange for these “services”. Bias? I think so.

Any neutral reader is bound to already sense that Hindu practices are primitive and that the Christian organisations selflessly aided the oppressed ‘lower castes’. Where as, in truth, Hindu traditions were demonized and radically misinterpreted for the benefit of some people and missionaries simply capitalised on that to convert: a fact that these textbooks blatantly ignore. However, if one doesn’t get the demonization of Vedas clear enough, here’s another rich piece of evidence:

“The caste system traces its root to Vedic times”. False! The word ‘caste’ comes from the Portuguese word ‘casta’ which only dates back to 1726. Where as Vedic period goes to hundreds of thousands of years before Christ (some say millions). So the textbook only got the year wrong by a few thousand years if not more: not bad! Perhaps what they are referring to, is the Varnas which are fundamentally different from caste. While Varnas are thrusted on co-ordination rooted on ability, the caste system is deep rooted in inequality.

“Caste system bestows privileges, position, and power based purely on birth”. False again! Since the sentence above uses the word ‘caste’ instead of Varna (as they talk about the Vedic period), let’s assume again that they made the same mistake. Excusing that mistake, is it true that Varnas were allotted based on birth? No! To quote a Hindu scripture which disproves that- In the Bhagavad Gita, Krishna says that Varnas are decided based on the deeds and the qualities of a person, as opposed to birth. Therefore 2 plain fallacies in the first two lines. But my favourite part of this page, lies in the joke made at the bottom (apparently all these claims were not jokes). They have the audacity to ludicrously distort and blow the truth way out of proportion and on top of that, make an unfunny, exaggerated joke on that lie! I would be lying if I didn’t say I expected better.

So far, it’s been the caste system only. However, the cliches only get worse. Read on, as the beloved textbook goes on to tell us about the much awaited Sati:

“Sati- In this practice, women were forced to be burnt alive on the funeral pyre of their deceased husbands.” The reader of the textbook is given an impression that Sati was imposed on women even against their will, as a practice. Let’s understand the authenticity of the point. To do this, let’s go to a story in the Mahabharata where there is reference to Sati: When king Pandu dies, Madri (one of his wives) jumps into his funeral pyre. However, does Kunti (his other wife) do this? She doesn’t. Another obvious example lies the Ramayana: when Dasaratha (Rama’s father) dies, none of his wives commit Sati. Why? Simply because Sati was a choice that women were provided with: yes, even from “Vedic era”. Therefore, why does the board like to lie so much to the students is a question I still have not gotten an answer to.

Finally, I wish to look at one more attempt to misguide the students in this very booklet:

It says, “There were some Englishmen who studied Indian, read the ancient texts and translated many of them. These people developed a respectful attitude towards Indian history and culture”. I’m losing count of the lies that this book is making! This idea of Englishmen developing a “respectful attitude towards Indian history and culture” is nothing but farce. One of the most famous examples of such a person is Sir William Jones, who distorted Sanskrit verses in order to justify Draconian laws on Indians and even distorted the dates of Vedic civilisations to match the Christian beliefs, thus making conversions activities easier.

In conclusion dear reader, you have been very patient to read this article. Therefore, it is my duty to tell you the essence of all this reading. Most students who don’t take up social sciences after their 10th grade simply leave history forever. What they are left with, is prejudices and false opinions created by leeches in the education system, that create adults who do not have an understanding of their own culture and nation. They therefore, lose national identity and a sense of who they truly are. It is important for us to combat this fundamental flaw in the education. I myself interact with a lot of students to spread the awareness, yet that is not enough. We need more and more people to be aware of the truth, that lies in our history. I would therefore like to end on a quote by Theodore Roosevelt.

“The more you know about the past, the better prepared you are for the future”

(Disclaimer : This specific textbook is a non NCERT textbook being used in certain schools as per the CBSE prescribed curriculum) 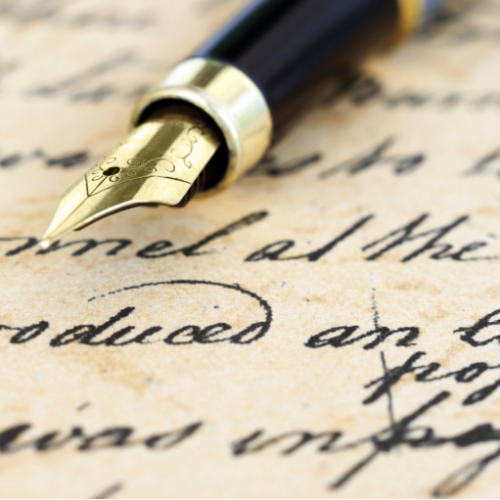