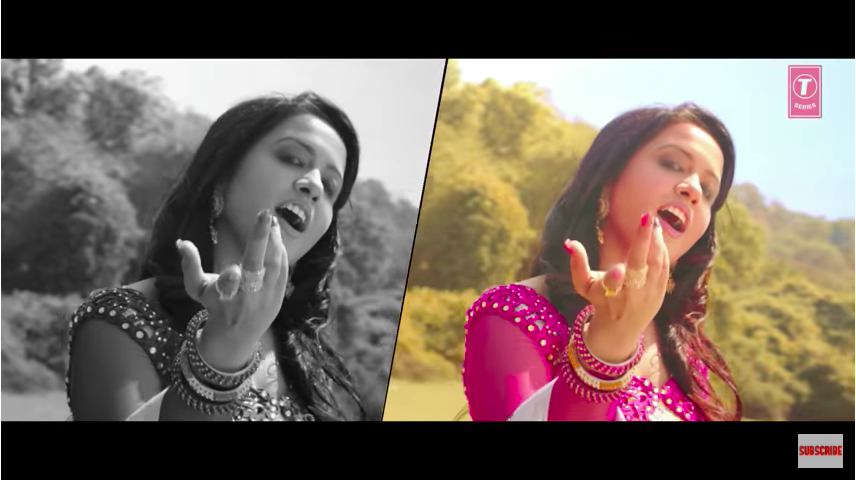 Maharashtra Chief Minister’s wife Amruta Fadnavis is a bundle of talent. Other than being a banker, she is also a playback singer. While she has regularly championed causes of various charities, this time, she has lent her voice to save the rivers of Mumbai. Her nasal twang and unique ‘off-beat singing’ adds to her charismatic charm. The first lady of Maharashtra has appeared in many such videos recently. In one, she played the cute little teenager with ponytails auditioning for Amitabh Bachchan himself! Though Bachchan Sahab looked a little flustered when Amruta started singing.

Fadnavis, in a video released on Saturday, has teamed up with singer Sonu Nigam himself, for ‘Mumbai River Anthem’. She has not only lent her voice for the song, but she has even acted in the video. She flayed her arms in the air and looked charming as ever.

The song, which talks about the importance of rivers and preserving them, even has a special appearance. About two minutes into the video, you hear the voice of Sonu Nigam singing for the rivers, but the face of the voice is of Maharashtra Chief Minister Devendra Fadnavis himself. Chief Minister Fadnavis was an absolute natural in the video. His flawless acting could perhaps put the Khans to shame! The husband-wife duo then sings the rest of the anthem together. While his wife is a natural, CM Fadnavis tries hard to match up to his wife’s talent.

We hope Mrs Fadnavis comes up with even more such videos on all such social issues.

A huge number of people are suspected to have been infected with the Chinese Coronavirus from Markaz, Nizamuddin.
Read more