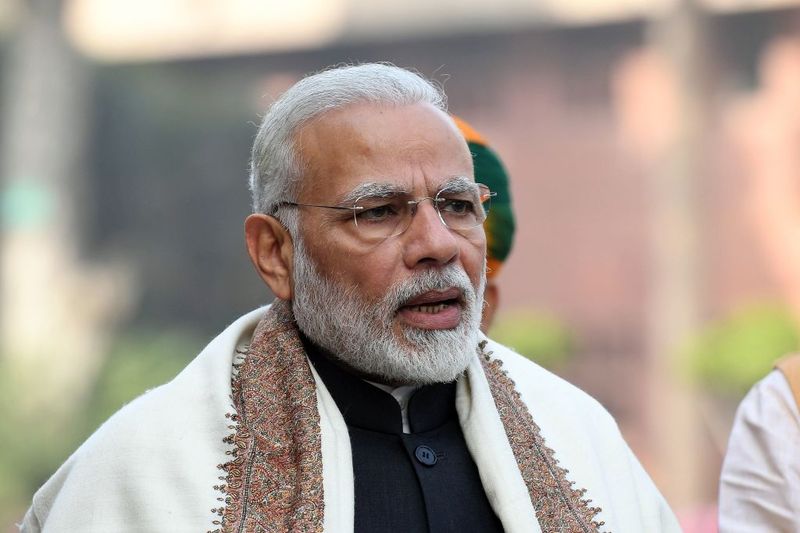 The budget 2018 has been met with mixed response. Some praise the proposed universal health coverage scheme and allocations for MUDRA and MSME sector. Others point out the crucial MSP related announcement in the finance minister’s speech. The middle class has complained that the Modi government has not given any relief to them. However, there is a serious political message through this balanced budget which has sought to innovate within the boundaries of fiscal deficit limits. It has not offered any major sops to any section of the society,

When the finance minister rose present the budget, he began his speech with the following words :

Madam, four years ago, we pledged to the people of India to give this nation an honest, clean and transparent Government. We promised a leadership capable of taking difficult decisions and restoring strong performance of Indian economy. We promised to reduce poverty, expedite infrastructure creation and build a strong, confident and a New India. When our Government took over, India was considered a part of fragile 5; a nation suffering from policy paralysis and corruption. We have decisively reversed this.

It appears that Modi and Jaitley have set out with a purpose driven agenda when the NDA’s term in office began. It is not a matter of rhetoric alone. They have not hesitated to uncover the NPAs in the banking system and offer a transparent legislation to solve it (the insolvency and bankruptcy code). The mess of coal block allocation and spectrum sales left behind by the UPA were swiftly solved.

In spite of huge risk, demonetisation and GST were implemented in the face of stiff political opposition. The satisfaction of having achieved this was reflected in the finance ministers last full budget speech during NDA’s five year term. He said , “The journey of economic reforms during the past few years has been challenging but rewarding.”

Essence of Modinomics , as presented by Shah

Amit Shah captured the essence of Modinomics in a speech to intellectuals eminent citizens of Karnataka in August 2017. In a speech of about 50 minutes he outlined the core principles of his party and contrasted BJP from the main opposition party. He said that all governments of past were stuck in dilemmas which had been overcome by Modi.

All governments of past were stuck in the dilemmas. Whether the government must work on urban development and stick to a rural focus. Modi sarkar has proved that there is no conflict between these two goals, both can be achieved simultaneously. Previous governments were confused between the choice of social sector schemes and reforms. Modi sarkar proved that reforms can happen alongside poverty alleviation. [At 38:00 of the video ]

If one looks at the social sector policies of Modi, one finds innovation, variety and a strong understanding of the fundamental needs of common citizens of India. Swacch Bharat, Saubhagya, Jan Dhan yojana, housing for all, Ujjwala etc have dealt with basic needs of the people. Toilets, electricity, bank account , homes and clean cooking fuel are important for uplifting the poor through empowerment and not enslavement to a party or politician.

At the same time, NDA- II has been able to roll out fundamental economic reforms that improve ease of doing business in India. Thus the myth of contradiction between pro-business vs pro-poor economics has been dispelled. All this has been achieved while maintaining fiscal deficit targets. Probably, corruption free governance and low oil prices in 2014-17 played their role in helping NDA -II achieve this result.

Most political observers have admitted that the 50,000 crore farm loan waiver brought UPA back to power in 2009. The SOP offered by the center in their last budget ensured that the rural vote stayed with them. It must be remembered that fiscal deficit was as high as 6% ( 3.3 trillion rupees) in 2008-09. The election was won at the cost of tax payer. The summary of 2008 budget states :

About 3 crore small and marginal farmers and about one crore other farmers to benefit from the scheme; Total value of overdue loans being waived estimated at Rs.50,000 crore and the OTS relief estimated at Rs.10,000 crore.

If the economy had been doing well 2013, the UPA would not have hesitated to deploy a similar sop to get elected again to office.  Unfortunately, the economy was in doldrums in 2014 and the hope of re-election had been already low.

The absence of any SOP before NDA’s last full budget before 2019 polls indicated that Modi is confident about his performance so far. The finance minister said that the reforms and corrections done under NDA II has poised the economy to return back to 8% growth. Modi has effectively thrown the ball in people’s court.

The message from Budget 2018 is clear : I have done my work, now it is your job to get me re-elected.