Ashton Sequeira, an NSUI leader (District Secretary) has been arrested among 5 others for stealing and attempting to sell antiquated idols of Jain Tirthankaras worth crores of rupees.

The Kundapura police in Udupi district arrested them when a team of policemen went to the village following information regarding attempts to sell antique idols. The police arrested Nevil Wilfy Mascherenhas, 36, Anil Potrado, 34, Austin Sequeira, 28, John, 57, and Anila, 45. They have been booked under Section 379 (theft) of the IPC and Section 25 of the Antiques and Art Treasure Act, 1972.

The police have seized four brass idols of Jain Tirthankar, mobile phones, a cash counting machine and Rs 40,000 cash from the persons arrested.

The police say that the idols may be worth several crores but the actual value of the idols would be determined by the Archeological Survey of India.

Many photographs of Ashton Sequeira have gone viral with Congress leaders. Here is a poster of Ashton with the tallest leader of the Congress party. A photograph that has gone viral is one where Ashton Sequeira is seen taking a selfie with Karnataka Chief Minister Siddaramaiah. Here’s another photograph of Ashton with Minister of Energy in the Government of Karnataka and senior Congress leader D K Shivakumar. 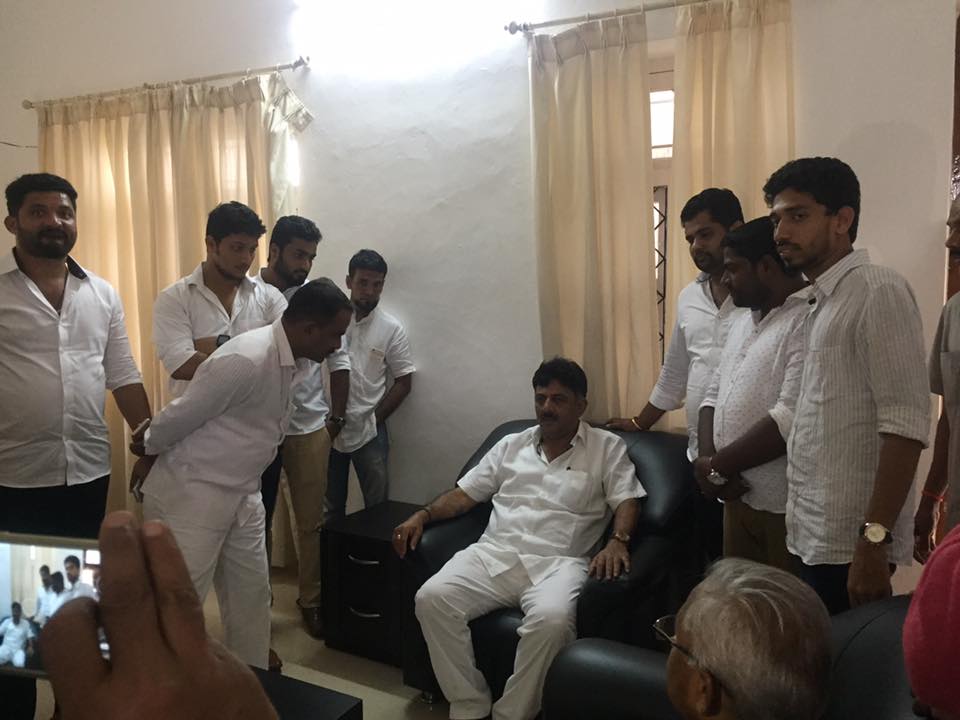 The Congress party, however, hasn’t distanced itself from Ashton or commented on these developments.

With Congress party has been recently embarrassed several times after the Nirav Modi scam landed at their doorstep and their MLA’s son, Nalapad, ended up assaulting a man to the inch of his life. This development right before the state of Karnataka goes to election might dent the parties image.