On a day when Maoists kill 9 CRPF jawans, UPA hosts a gala dinner 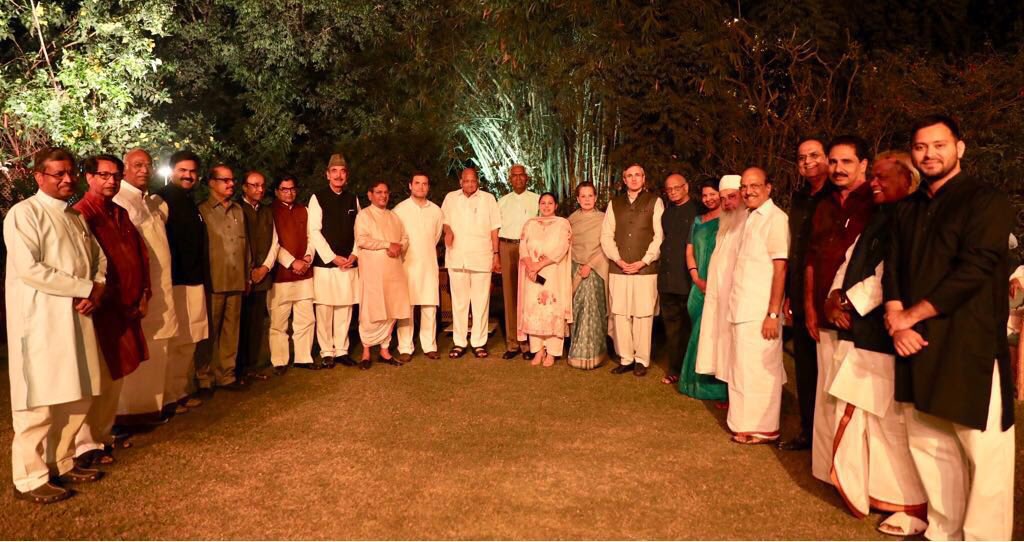 On a day when nine CRPF jawans were martyred in an IED blast by the Naxals in Sukma, Chhattisgarh, the UPA chairperson Sonia Gandhi hosted a gala dinner to show a united opposition in the upcoming General Assembly elections in 2019.

If that wasn’t insensitive enough, in a tweet condemning the attack, Gandhi blamed the ‘flawed policies’ which led to ‘deteriorating internal security situation’. Gandhi drew flak for his insensitivity from social media users.

Naxals are Armed wing of your ally, the communists. Kindly condemn the communists too and tell them to stop encouraging this madness.

Congress President was also called out for attempting to demoralise the CRPF jawans.

Each day brings a new low lower than previous day. Check NDA record on fighting Maoist Red terror. Not a word when CRPF jawans neutralise Maoists. On a day when 9 CRPF jawans are killed by Maoists, @OfficeOfRG blames policy! Demoralising CRPF for Twitter RTs? How low is that? https://t.co/8Ge4Ors0p7

Film Actor Anupam Kher also called him out for trying to play politics on the martyrdom of CRPF jawans.

Hosting a gala dinner on a day when 9 jawans are killed by terrorists also appeared disrespectful to the martyrs.

Dear @OfficeOfRG sir 9 CRPF jawans löst their life in sukma and nation is remembering them but ur mom hosted “Gala Dinner” for opposition leaders at her residence. No remorse for jawans ?? pic.twitter.com/eo9RDX6jNK

This is not the first time Congress President has shown lack of respect and sensitivity towards those killed by terror attacks on Indian soil. Right after the 26/11 Mumbai terror attacks, Gandhi was partying till wee hours in a farmhouse in Delhi outskirts.