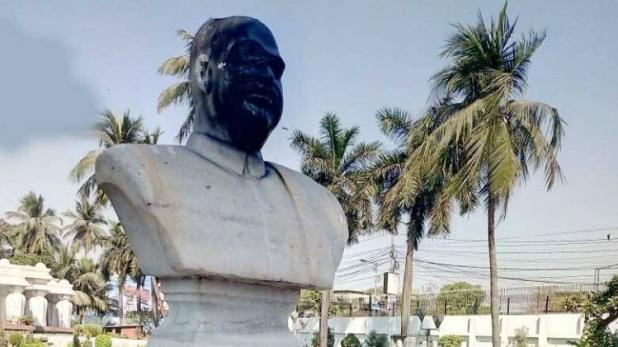 Six male and one female student have been arrested by Kolkata Police for trying to deface the statue of Dr Syama Prasad Mookerjee and legal action has been initiated.

6 male and one female ( age 22-29) who tried to deface the bust of dr shyama prasad mukherjee have been arrested from the spot by Kolkata Police and strong legal action initiated. No vandalism would be tolerated.

The bust of Jana Sangha leader was damaged and blackened in South Kolkata earlier today. Members of an ultra-Left group ‘RADICAL’, have been arrested in this connection. As per reports, the accused used a hammer and a chisel to damage parts of the statue and then blackened it, while raising slogans against the razing of Lenin’s statue in Tripura.

Prime Minister Narendra Modi has expressed concern over such incidents of vandalism and the Home Ministry has assured that necessary steps will be taken to prevent such incidents.