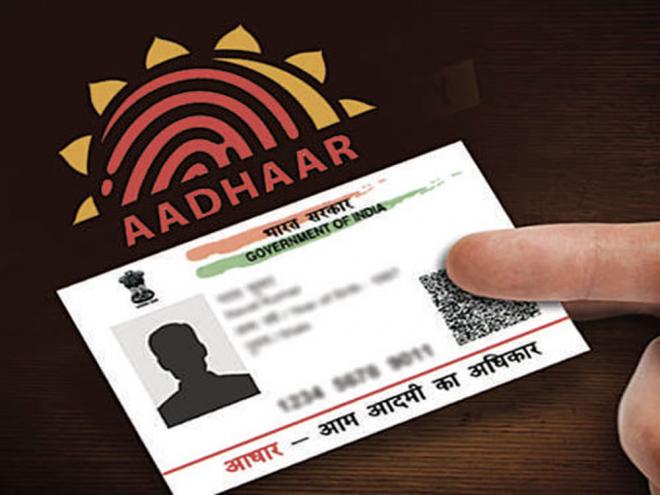 It seems that the Modi government’s efforts to enhance the digital financial transactions and bring accountability in delivering public services to the citizens have proved extremely effective. Reportedly, the Aadhaar-based Direct Benefit Transfer (DBT) has saved more than Rs. 90,000 crores of public money.

The UIDAI Chief J. Satyanarayana speaking at a conference said that more than Rs 90,000 crore is estimated to be saved by the Departments of Petroleum & Natural Gas, Food & Public Distribution, Rural Development and others. He said that there are more than three crore people who use Aadhaar platform every day. It is used for availing ration, rural employment, scholarships and various kinds of subsidies.

“We have not spent even Rs 10,000 crore on Aadhaar cards and related systems so far. But the savings are enormous. We were able to save Rs 90,012 crore as on March 31 this year by using Aadhaar in some of the schemes such as PDS”, he said. He said that the government was successful in weeding out the bogus and duplicate beneficiaries by using the Aadhaar.

The Aadhar platform now has more than 121 crore residents of the country, and more than 3 crores e-transactions are done by using the identification system.

The UIDAI chief was also of the view that there is always a scope for improvement, especially in the areas of Artificial Intelligence, Machine Learning for fraud detection and improving the process of enrolment and security ecosystem.

It seems that Aadhaar has been a boon for enabling the easier and faster of public service delivery. The Jan Dhan- Aadhar- Mobile (JAM) Trinity has played an important role in bringing crores of people into the formal banking by reaching to the erstwhile untouched sections of the society. The present government has invested a lot of resources like time and money to implement this flagship programme.

The Aadhaar platform has brought fundamental changes to the way the financial transactions are done in the country now. It has cut down severe leakages, duplicity, inclusion and exclusion errors, to enable direct benefit transfer to intended beneficiaries.

The present government has also planned for the effective usage of the platform. PM Narendra Modi, last year had said the Unique Identification Number will work as a “big weapon” in the fight against benami property. The government had then specified, that once the Aadhaar linkage happens, tax authorities can approach the ‘legal owners’ and it can be treated as benami property if the ‘legal owners are unaware or deny knowledge of the ownership’.

The Aadhar had enabled to that total digitisation and Aadhaar linkage of ration cards, which helped identify a whopping 2.75 crore bogus ration cards. Earlier, the HRD ministry had decided to make Aadhar mandatory to avail mid-day meals. It had reportedly exposed a whopping 4.4 lakh fake students who only existed on paper in the three states of Andhra Pradesh, Manipur and Jharkhand.

Recently, Bill Gates, founder of Microsoft, talked highly about how Aadhaar is a commendable effort made by the Indian government. Gates added that Bill and Melinda Gates Foundation has funded a project for the World Bank which follows the lines of “Aadhaar” and asked the World Bank to find countries where it can be emulated.