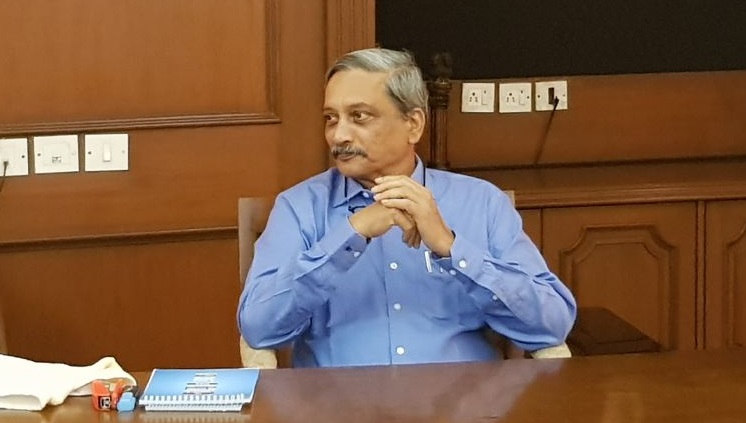 Goa Chief Minister Manohar Parrikar, who is suffering from a pancreatic ailment and admitted in a private hospital in Mumbai, is reported to be flying to the United States for further medical treatment, his office said.

Parrikar, 62 had been in the US earlier this year for three months for his treatment and had only returned in June.

After his return from the US earlier this month after his follow up check-up, he again suffered from indigestion resulting in severe vomiting. He was admitted to the Lilavati Hospital in Mumbai for another health checkup on August 23 and was scheduled to return to Goa today. However, it is now reported that he will be leaving to the United States from Mumbai for further health check-up. Goa Cabinet Minister Rohan Khaunte has confirmed that the CMO has intimated cabinet ministers about Parrikar’s medical trip to the US.

It is reported that the doctors at the Lilavati hospital have advised him to be taken to the US for further treatment. The official charge of the post of chief minister will remain with Manohar Parrikar and in his absence, Goa minister Vijai Sardesai will look after the administration.