More
Home News Reports 'He was called to Kejriwal's house and asked by leaders to attack him with...
FeaturedNews ReportsPolitics
Updated: 6 December, 2018

‘He was called to Kejriwal’s house and asked by leaders to attack him with chilli powder for publicity’: Lawyer of accused

The accused in the chilli powder attack incident has been remanded to a 14-day judicial custody and sent to Tihar jail. 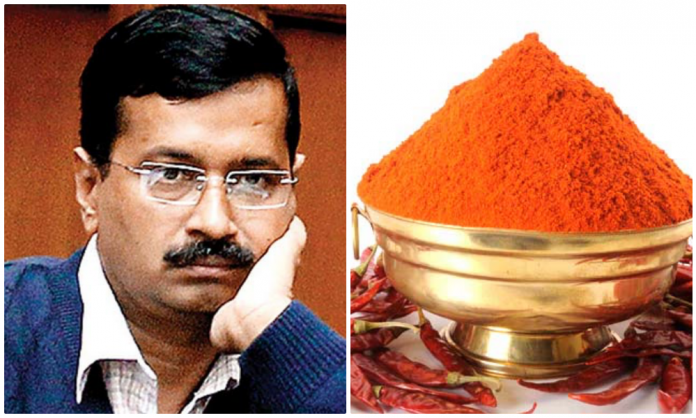 As per reports, Anil Sharma, the accused in the chilli powder attack on Delhi Chief Minister Arvind Kejriwal, has stated that the attack was orchestrated by AAP leaders as a publicity stunt.

Sharma’s lawyer is reported to have told the Court, “On the 20th of November, my client was summoned at Kejriwal’s house by some AAP leaders and directed him to misbehave with Kejriwal for a publicity stunt.”

Sharma is reported to have made the statement in the court of the Metropolitan Magistrate. His application for bail was rejected by the Court. MM Malhotra observed, “I have seen the CCTV footage obtained from the Secretariat. (It) shows that, initially, the accused bent down to touch the feet of Mr Arvind Kejriwal… and thereafter, he immediately used criminal force in order to hurt Mr Kejriwal, and in the process, he is able to drag down the spectacles worn by him. A pouch containing spices/red chilli is also stated to have been recovered from the spot…”

The Delhi Chief Minister has made many fantastical claims after the attack. The party claimed that the accused was associated with the BJP. Kejriwal had called a special session to discuss the chilli powder attack on him. the special session was called when the nation was mourning on the occasion of the 10th anniversary of the Mumbai terror attack.

The accused, meanwhile, has been remanded to a 14-day judicial custody and sent to Tihar jail.

The Maulana of Markaz, Nizamuddin declared the suggestions given by health experts to be a conspiracy against Islam.
Read more