According to a British diplomate, Pakistan is 'world leader' in visa application fraud. 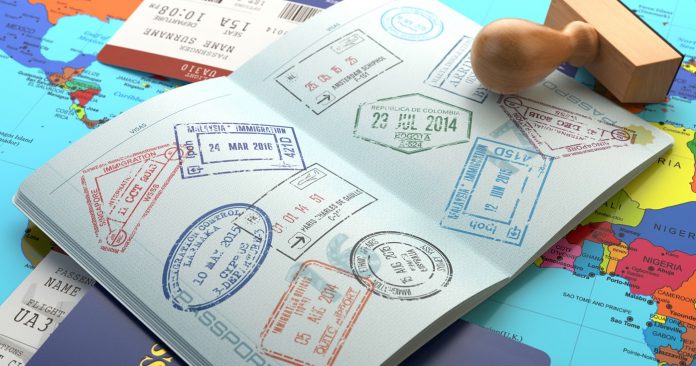 Forged visa stamps and documents of India and Afghanistan have been recovered from a printing press in Peshawar, Pakistan. Literature of Tehreek-e-Taliban Pakistan (TTP) was also found at the press located in the old city area of Qissakhwani Bazaar.

According to reports, Peshawar police raided the printing press after getting a tip-off and found many forged items, including Indian visa stamps, Afghan custom papers and letterheads, K-P police cards (Khyber Pakhtunkhwa Police) and TTP pamphlets.

SHO of the local police station Muhammad Noor Khan said they had received information that clandestine activities were going on at the Yousafzai Printing Press in the inner Peshawar city. Cops in plainclothes were deployed to keep an eye on the press. When the illegal activities going on in the press was detected, the decision to raid it was taken, Khan said. Police also arrested the owner of the press from a different location in the city.

The cases of people of Pakistan trying to use forged visa and other documents to travel to other countries had emerged earlier also. A few years ago, the then British high commissioner to Pakistan Adam Thomson had accused that Pakistan is ‘world leader’ in visa application fraud. He had said that ‘UK visa officials had sifted out thousands of forged documents submitted by Pakistanis trying to obtain travel documents for Britain’ in just one year.

A report prepared by Schengen Group (a group of European countries with common visa policy) last year had said that as many as 80 to 90 percent visa applications submitted to them in Islamabad contain false documents and incorrect information.

With forged Indian visa stamps being found in such voluminous quantities in Pakistan, one has to wonder if probed further, would it lead to the root cause for all the “proof” that Pakistan claims it has of Indian “fomenting terror” in Pakistan and especially Khyber Pakhtunkhwa. Given Pakistan’s penchant for deceit and terror, that possibility certainly doesn’t seem outlandish.