OpIndiabringing the \'right\' side of India
More
HomeOpinionsNo, wearing military caps in solidarity with the armed forces is not 'jingoism'
OpinionsSports
Updated: 9 March, 2019

No, wearing military caps in solidarity with the armed forces is not ‘jingoism’

When Dhoni and Kohli wore the military caps they represented each one of us, our feelings and the fire that has been enlightened in our hearts.

During the third ODI against Australia, the Indian team wore military camouflage caps in solidarity with Central Reserved Police Forces and their families who suffered in the cowardly Pulwama attack. After the match, one headline that caught my attention was “Indian team wearing Military Cap is a dangerous sign.” I went through the article and then saluted the writer for writing utter crap and still getting paid for it.

The article mentions that it was not necessary to wear military caps to publicize charity and then the article compares wearing of the military cap with outward military jingoism. Calling this gesture military jingoism is a joke but by doing so the writer himself has definitely taken an extreme route in writing called hyperbole.

Wearing military cap was a gesture to show that Indian cricket team stands with the CRPF and their families in this moment of grief. It was not to publicize their act of donation rather it was an act to inspire all the Indians to contribute to the National Defence Fund. There are two things that are loved and admired across India i.e. Indian Cricket Team and Indian Armed Forces. So I am not surprised that the Indian Cricket Team which is a microcosm of India is standing by Indian Armed Forces at this juncture. A gesture like this inspires people to stand for their country and gives heartburn to people loaded with the bias against India and Indian-ness.

The article doesn’t stop at comparing the gesture with military jingoism. It goes on and compares it with ‘creepy nationalism’. A gesture to support people suffered in a coward terrorist attack would never sound creep to anyone except to those who are insane.

The article then makes a sweeping statement that never before has Indian Team worn such jingoism on their head. Maybe the writer has his head down in the sand when the God of Indian Cricket Team, Sachin Tendulkar used to play. The tricolour was proudly displayed on his helmet when he came out to bat for India.

Then the article questions why the Indian team hasn’t so far given their hard earned money for education or some collective causes. I laugh at such statements and wonder who gives the writer the authority to decide in which field a player or team should do the charity. However, I think the writer may be suffering from “Ghajini syndrome” since he forgot that Indian Cricket Team recently contributed the entire test match fee for Kerala Flood Victims. They also played charity football match for unprivileged kids and cancer victims. They individually support different causes such as Animal welfare, Swachh Bharat Mission, Women Empowerment etc but then it seems that writer’s main aim is to demonize nationalism as he connects this gesture with the current political scenario and election.

The article hails the time when Indian Hockey Team refused to give “Heil Hitler” salute in 1936 Olympics which was supposed to be a symbolic act against fascism but demonizes this gesture of Indian Cricket Team of standing with the CRPF and against terrorism. However, I am not surprised with this as there are people in our country who shout anti-national slogans of “Bharat tere tukde honge” with impunity and a particular group of people in media portray this as Freedom of Expression. So no wonder if someone finds the gesture of solidarity with India Armed Forces, which protects and unites India, as threatening. Yes, it threatens their ecosystem for sure.

The article further mentions that no team in the history of modern cricket has worn military camouflage caps or symbols during an international match to make a statement. It’s a lie and peddling lies is what most of the liberal group of people in media do to earn their bread and butter. A simple Google search will show you that in the Southampton test of 2014 match where English cricketer Moeen Ali sported ‘Save Gaza’ and ‘Free Palestine’ wrist band, the home team had “Help for Heroes” logo on their collars, drawing attention to crippled or disabled servicemen but then the liberals of our world doesn’t have a problem with those gestures for obvious reasons.

When Dhoni and Kohli wore the military caps they represented each one of us, our feelings and the fire that has been enlightened in our hearts.

However, there is a concerted effort from the so-called liberal group of media to undermine rising nationalism. They fear getting exposed in the wave of nationalism so their sole purpose is to make people feel guilty about being a nationalist. This propaganda is quite evident. These people will support “Afzal hum sharminda” kind of slogans but will go berserk with the slogan of “Bharat Mata ki jai”. This same group will support stone-pelters but will be up in arms when an officer of Indian Army ties a stone-pelter in his jeep to save his troops. The same group will have an objection when someone asks to stand for National Anthem. These people will not miss a chance to mock everything which is even remotely related to rising Nationalism be it a movie dialogue “How is the Josh” or the salutation “Jai Hind”. When nothing works these scoundrels will throw a famous quote at you –

“Patriotism is the last refuge of a scoundrel”

For these people, I have only one thing to say

“Your time is up, India is awoken from the slumber”. 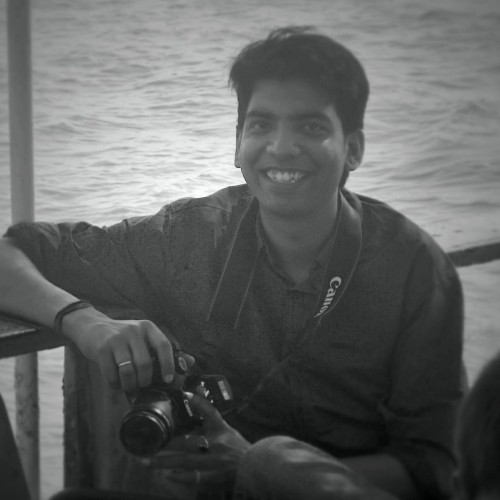