A First Information Report (FIR) has been registered against Akash and 10 others at MG Road police station in Indore under IPC 353, 294, 506, 147, 148, for assaulting and obstructing a public servant from performing his duties. 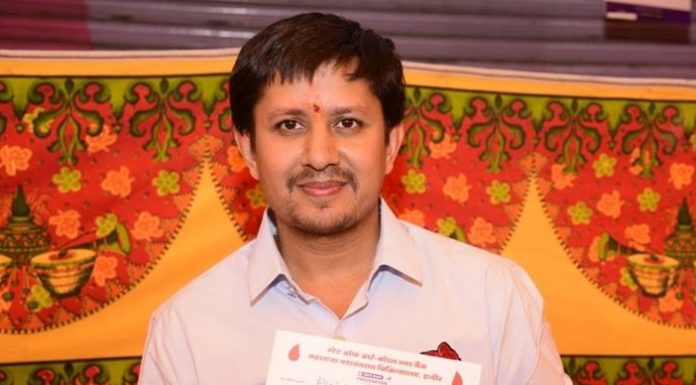 The Indore police have arrested senior BJP leader Kailash Vijayvargiya’s son Akash Vijayvargiya for attacking a Municipal Corporation official with a cricket bat in the city on Wednesday. Akash is a first-time legislator and represents the assembly seat of Indore-3 in Madhya Pradesh.

A First Information Report (FIR) has been registered against Akash and 10 others at MG Road police station in Indore under IPC 353, 294, 506, 147, 148, for assaulting and obstructing a public servant from performing his duties. Police have also recorded the statements of two civic body officials.

After his arrest, Akash was taken to the district court where he will be produced.

The BJP MLA was recorded thrashing a civic body official using a cricket bat who was in the Ganji Compound area to carry out an anti-encroachment drive. Akash along with his supporters chased the official. The incident took place in full public view including the presence of policemen and television crews.

According to reports, a team of municipal corporation officers led by Dhirendra Byas and Asit Khare was on their duty when they were approached by Akash and his supporters. He is said to have threatened the officials to leave within minutes or else whatever happens after would be their responsibility.

Within minutes, the argument turned into a full-blown attack after, which Akash picked a cricket bat and began chasing the officers despite policemen trying to stop him from attacking them.

#WATCH Madhya Pradesh: Akash Vijayvargiya, BJP MLA and son of senior BJP leader Kailash Vijayvargiya, thrashes a Municipal Corporation officer with a cricket bat, in Indore. The officers were in the area for an anti-encroachment drive. pic.twitter.com/AG4MfP6xu0

On being asked about the incident later, Akash told the reporters, “I told them (the officials) to leave in 10 minutes and said we couldn’t tolerate it any longer. I am an elected representative. It is my responsibility to sort out the issues between the residents and the authorities. I was making every effort. But the civic body officials were indulging in dadagiri and weren’t listening to the people.”

He further added that civic body officers who went to the residential building during the anti-encroachment drive were not accompanied by any female officers. Alleging that officers dragged the women residents and verbally abused one of them, the BJP MLA added, “I was very angry. I don’t remember what all I did. Let’s see what happens.”

Akash Vijayvargiya, BJP MLA: Gangs dragged women out of their houses by their feet, women police should’ve been with them. When I reached there, people got angry at the officers & chased them away, we have come to the station to register FIR against the officers. #MadhyaPradesh https://t.co/9Og9XKS6Kd

Meanwhile, the MLA had also approached the police to register a cross-complaint against the officers on duty, who he alleged, misbehaved with the women of the residential building where the anti-encroachment drive was being carried out.

We had reported earlier how Ankur Kumar, son of Rashtriya Janata Dal (RJD) MLA Ashok Kumar had allegedly thrashed a food vendor because he did not like the food prepared by the vendor.