Bitta damns the journalist by saying: if you do not understand the contributions made by Modi then you are not fit to be called a true patriot 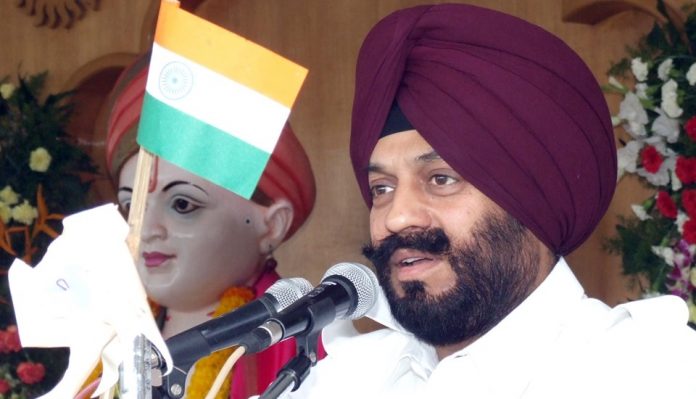 While most people belonging to the Congress ecosystem have voiced their dissent over the abrogation of Article 370, the all India Anti-Terrorist Front (AIATF) chairman and former chief of the Indian Youth Congress, Maninderjeet Singh Bitta shared a video on his Facebook homepage where he can be seen slamming a Times of India journalist for not supporting Modi-led government’s move of revoking the separate status of Jammu and Kashmir and dividing it into two Union Territories – Jammu & Kashmir and Ladakh.

MS Bitta captions his post: “Abhi bhi desh mein bahut deshdrohi hain jinko Dhara 370 hatane se pareshani hain” roughly translated as, “there are still many traitors in the country who are getting hassled by the abrogation of Article 370”.

In the video, MS Bitta can be heard lauding PM Narendra Modi for his bold decision. Slamming the TOI reporter he says: “Aap kaahe ke patrakar hain? Modi ne itna bada kaam kar diya..aap logo par koi asar nahi kya? (How can you even claim to be a journalist? Modi has accomplished such a big task and it does not even affect you all?). He goes on to ask: “aap Hindustani hain? kya aap ek Bhartiya hain? (are you an Indian?), “if you are a proud Indian that you should be saluting to what Modi has done” (agar aap Hindustani ho toh Modi ne jo kiya hain usko salute karo na…), said a visibly irked MS Bitta to the TOI reporter.

Before walking away, Bitta damns the journalist by saying: if you do not understand the contributions made by Modi then you are not fit to be called a true patriot.

Earlier also the ex-Congress minister had called for a vote in Parliament on the revocation of Article 370 and 35A of the Constitution, saying it will help the nation identify the “traitors”. “Parliament is in session and the government should hold a vote to know who wants revocation of Article 370 and Article 35A of the Constitution. The nation will come to know about the nationalists and the traitors,” Bitta told reporters.

Expressing confidence that Modi will end terrorism in Kashmir soon, Bitta had then alleged that a handful of people, funded by Pakistan’s spy agency ISI, are defaming Kashmir and harming the local businesses.

Bitta had lost a leg in a bomb attack on July 7, 1992, that killed 13 people in Punjab’s Amritsar city. He survived another deadly attack on September 11, 1993, at Indian Youth Congress premises in Delhi as its president in which nine people were killed and 36 others wounded. Attacking the Congress government in Delhi in 2013, Bitta had accused the then Chief Minister Sheila Dikshit of backstabbing him by withdrawing his security. He had said his party dumped him and left to die despite him being on terrorists’ hit list.

Meanwhile, despite few exceptions, Congress has refused to accept the Abrogation of Article 370 and demanded that the “wrong decision” of revoking Article 370 be reversed. While the majority of the people of Jammu and Kashmir have welcomed this bold move, Congress party and its ecosystem have desperately attempted to create a false narrative by deliberately repeating the Pakistani line on J&K.