Last year, during its very first edition, the Pondy Lit Fest had caused significant anguish among the Liberal crowd. 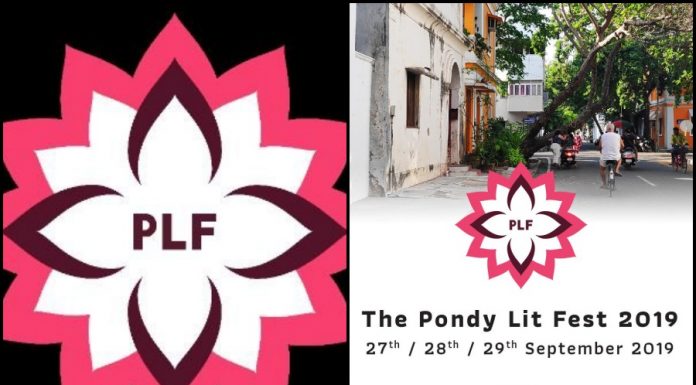 After a hugely successful first edition, the Pondy Lit Fest is back for its second. The dates have been announced and the three-day Lit Fest will commence on the 27th of September. The event, organized by Partha Hariharan, Alo Sud, Ajit Datta and Gayatri Iyer will be hosted at the Shenbaga Convention Centre in Puducherry.

This year, the Lit Fest will be inaugurated by Kiran Bedi, the Governor of the Union Territory, and V. Narayanasamy, the Chief Minister. The events will be curated by senior Columnist Kanchan Gupta and Professor Anand Ranganathan. The architect of the Saffron Surge in the North East, Himanta Biswa Sarma, will address a keynote session. The Lit Fest will also feature a one-on-one conversation with Arif Mohammed Khan, the Governor of Kerala. Popular lyricist Prasoon Joshi and Baijayant Panda will speak at the event as well.

Editor of OpIndia.com, Nupur Sharma, and its founder, Rahul Roushan, will also speak at the Lit Fest. Other speakers include Aashish Chandorkar, the author of The Fadnavis Years, Ashish Dhar, Founder of UpWord and Pragyata, Harsh Gupta, an expert on Public Policy, Historian Meenakshi Jain, author of The Battle for Rama, R. Jagannathan, Editor at Swarajya Mag. Vikram Sampath, author of Savarkar: The Echoes of a Forgotten Past and Swati Goel Sharma, a journalist at Swarajya Mag.

State secretary of the CPI, A.M. Salim, announced at a press conference in Puducherry that the five parties would write to the French Consulate complaining against the president of Alliance Francaise for allowing the institution to be used as the venue for the event. Eventually, Alliance Francaise was forced to issue a statement disassociating itself from the event. However, despite all such attempts, the event was organized successfully.

Entry to the Lit Fest is free, however, due to limited space, people who intend to attend the events are requested to register for it beforehand. People can register for the events at the Lit Fest’s Website: pondylitfest.com. Further details regarding the content and speakers are available on the Website as well.