In the 2017 charge sheet, CBI said the scam had caused the government a loss of 398.21 million euros. It named four Indians and five foreign nationals in its 30,000-page document. 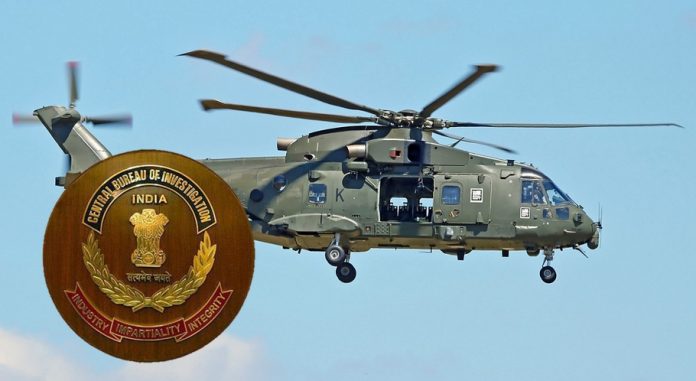 At least six public officials, including top defence ministry officials, are likely to be prosecuted by the Central Bureau of Investigation (CBI) for their alleged involvement in the Rs 3,600-crore AgustaWestland VVIP chopper scam.

According to the reports, the CBI has sought sanction to prosecute public officials who had “direct” involvement and allegedly tweaked the process to favour AgustaWestland in the Rs 3,600 crore deal. The officials were involved in the procurement of helicopters during the UPA regime.

Reportedly, their role has come to light now and the present charge sheet will reveal findings that emerged after the extradition and arrest of middleman Christian Michel from Dubai in December 2018, the sources added.

The CBI is ready with all the supporting evidence to substantiate its demand to prosecute the said public officials. However, the move may delay the agency’s supplementary charge sheet in the case, which is likely to throw light on the involvement of more individuals—public servants, air force officials and private individuals.

In the 2017 charge sheet, CBI said the scam had caused the government a loss of 398.21 million euros. It named four Indians and five foreign nationals in its 30,000-page document.

The CBI in its charge sheet had submitted that it was able to establish money trail of €62 million from countries such as Mauritius, Singapore, the UAE, Tunisia, the UK and British Virgin Island.

India had signed a deal in 2010 under the UPA regime to buy 12 AgustaWestland AW101 helicopters for the service of the Prime Minister, the President and other VVIPs. It is alleged that some politicians and public servants had abused their official positions to reduce the service ceiling of the VVIPs helicopter from 6000 metres to 4500 metres to make AgustaWestland eligible for the contract and had awarded the contract for an amount of Euro 556.262 million in 2010. The deal was cancelled in 2013 after the scam was revealed.

The AgustaWestland VVIP chopper scam has been nothing less of a blistering drama ever since middleman Christian Michel was extradited to India from Dubai. Several revelations came to light, from the names of “Italian Lady”, to “Italian Lady’s son R“. From how Christian Michel was lobbying for the Eurofighter and against the Rafale deal, to how he had unbridled access to the PMO under Congress regime, the CCS and even the investigative agencies.