Kamal Nath also said that BJP does not have a single member who was a freedom fighter. 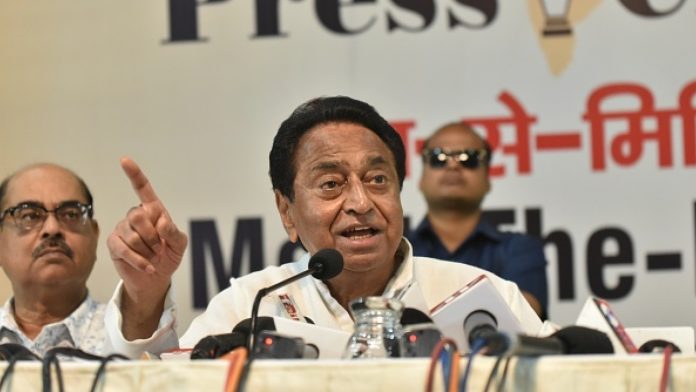 Despite Indian defence forces confirming the surgical strike on terror camps inside Pakistan in 2016, Congress leaders continue to question it. The Congress party has been supporting Pakistan’s argument that there was no such strike, and continuing with that trend, Madhya Pradesh chief minister Kamal Nath today raised questions on the operation.

Addressing an event in Chhindwara in Madhya Pradesh, the Congress leader reminded people that 90,000 Pakistani soldiers were made to surrender after the war in 1972 by then Indira Gandhi government. He said that PM Narendra Modi does not talk about India’s victory over Pakistan in the war, but he talks about surgical strike.

‘Our youth, who will ensure the development of this country need jobs. However, Modi Ji does not talk about employment. He does not talk about justice for farmers too. He used to say that every year two crore youth will get employment in India. I want to ask him even if two lakh people are getting employment today. The only thing PM Modi speaks about is Pakistan. They link Pakistan to our party; they don’t remember that 90,000 Pakistani jawans surrendered to India during Indira Gandhi’s regime. But they talk about surgical strike. What surgical strikes. Tell the nation something about the surgical strike,’ Kamal Nath said in his speech.

Following the fidayeen attack on an army base near Uri in Kashmir, the Indian army had conducted surgical strikes against terrorists in Pakistan occupied Kashmir. Indian special forces had crossed the border, walked for a couple of kilometres, and destroyed several terror camps using hand-held grenades and 84 mm rocket launchers. The strike team had immediately returned to India before Pakistani forces could know what had happened and take retaliatory action.