OpIndiabringing the \'right\' side of India
More
HomeNews Reports'We would have died if we returned home': Mother of Sumit, who married Muslim...
Editor's picksFeaturedNews Reports
Updated: 22 March, 2021

‘We would have died if we returned home’: Mother of Sumit, who married Muslim girl, reveals how the mob surrounded them at police station

OpIndia has reported on the matter from the ground. We talked to the mother of the Hindu boy whose marriage with a Muslim woman incensed the mob enough to attack the Hindus of the locality in numbers.

The attack on Hindus by a Muslim mob at Harijan Basti in Sarai Kale Khan, Delhi over an interfaith marriage between a Hindu man and a Muslim woman is another reminder of the Islamist threat to communal harmony. The Dalit community was threatened with ‘Khoon ki Holi’ and were victims of the mob that came charging with swords, sticks and knives.

OpIndia has reported on the matter from the ground. We talked to the mother of the Hindu boy whose marriage with a Muslim woman incensed the mob enough to attack the Hindus of the locality in numbers.

The mother of the boy told us that a few months earlier, they had formally approached the family of the girl to ask for her hand in marriage to their son. However, they were humiliated with casteist slurs and turned out of the house. They did not say anything in turn and politely left the place.

The son is 22 years old and has been in a relationship with the girl for the past few years. He is the youngest of three brothers. It was him who asked his mother to request for the girl’s hand in marriage. And hence, his mother and few others had gone to the girl’s family with the marriage proposal.

After her family’s refusal, the girl refused to accept their decision. She said that it was only him she would marry. Soon after, the two married in secret. The mother revealed that when they had gone to the police station to submit her consent affidavit on Saturday, they were surrounded by a Muslim mob.

She said that when the family of the girl started creating chaos at the Police Station, the policemen told them to move inside to ensure their safety. The mob was hurling abuses and saying that their ‘Imaan’ had been spoilt.

The mother says that she told the mob that they could take the girl if she wanted to go with them. But the girl refused and said that her husband’s parents were her parents. “Fortunately, we did not come here from after submitting her consent affidavit. We would have died. They thought that we would come home,” she said.

She told us that her home was attacked as well and would have died had they been present at the scene. She said that she came later but after she learnt of the attack on the locality because she felt a sense of personal responsibility.

She also told us that the Delhi Police helped them a lot to ensure their safety. She was grateful to the Delhi Police for escorting them out of the danger at the police station. However, she says they are still being threatened that the husband-wife couple will be murdered should they choose to return home.

The mother is now worried about the safety of her children. She is worried that they will have to return at some point and and fears for their safety in the future.

As we had reported earlier, the victims told us that the mob attacked them with swords and knives and sticks. Attempts were also made to set houses on fire. The victims have not left their homes to work fearing for the safety and security of their children. They say that their kids were also beaten. They say that there is pervasive fear among the Hindus of the area following the incident. 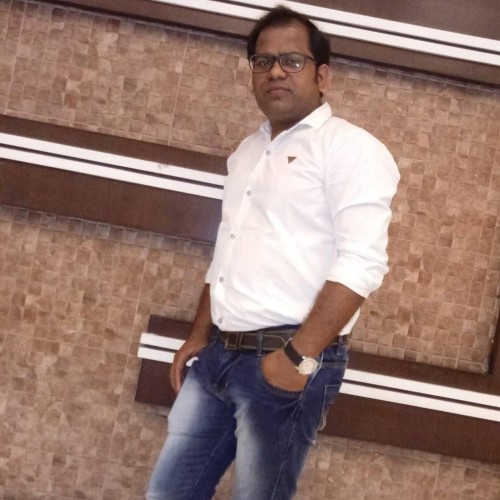