Since social media is quite a powerful avenue of influence for the masses, these videos, loaded with erroneous information, cloud the mind of those who are not really well versed with the significance of the various traditions that complete a Hindu marriage.

Bollywood actors Alia Bhatt and Ranbir Kapoor, despite having a Hindu Punjabi marriage, did only four pheras. Dressed in Sabyasachi Mukherjee ivory ensembles, they even went the white wedding way merrily cutting cakes and sipping champagne at the affair. While their faithful fans fawned over their pictures, there were also voices that questioned their distortion of Sanatani traditions usually followed during a Hindu marriage ceremony. The loudest being that if they do not believe in the customs followed since ages or the sanctity of marriage being almost like a religious affair for Hindus, what makes these celebrities influence the youth the wrong way at a time when the Hindu civilization is already fighting an existential war to hold on to its age-old practices.

Close on the heels of their wedding pictures being splashed, a video clip went viral on social media where a bride questioned the very premise of kanyadaan, maangbharna and the pheras citing that they breach the concept of equality. The lady in the video proudly stated how she ensured a kunwardaan was held simultaneously with a kanyadaan at her wedding while she put sindoor on her groom’s forehead, too.

In order to not be a TYPICAL BRIDE, she became a 🤡 BRIDE. pic.twitter.com/As4aOKS3bA

Since social media is quite a powerful avenue of influence for the masses, these videos, loaded with erroneous information, cloud the mind of those who are not really well versed with the significance of the various traditions that complete a Hindu marriage. Remember last September’s Manyavar-Mohey television commercial where Alia Bhatt called for a kanyamaan instead of a kanyadaan? Pseudo-feminists might have cheered yes, but there’s no denying that it not only proved the lack of research on the part of ethnic wear brands but also exposed Bhatt’s cluelessness about her Indian ethos and culture.

As misinformation abounds, here’s an attempt to deconstruct the reason why for ages Hindu weddings have featured the rituals of kanyadaan, maangbharna and pheraas. These are traditions that sanctify a Sanatani wedding gloriously because of the meaning they carry. Unless our youth understands what they mean, it becomes only too easy to be misled by jargons spewed by deracinated activists, celebrities and intellectuals who unfortunately hold a vice-like grip over the consciousness of a large number of Indians.

What power is in the Sindoor

The sindoor, also known as the kumkum, is a symbol of fertility. In ancient India one of the primary aspects of marriage was taking a family forward, the groom’s applying kumkum on the parting of the bride’s hair enhanced her fertility while the bright red colour signified power and passion. Earlier the vermillion was prepared with organic or herbal substances such as turmeric, lime, alum, mercury or saffron. The application of this powder from the forehead to the point of the pituitary gland stimulated the reproductive organs of the woman as well as regulated her blood pressure and controlled stress. While this is the scientific explanation of the practice, the sindoor gave a radiant glow to the face of a married woman who wore it like an adornment.

While ‘feminists’ deride this mark of marriage with baseless explanations, sindoor was also worn by women of the Harappa and Mohenjodaro civilizations for its medicinal value. It is said that when Hanuman asked Sita what the red mark was on her forehead, she explained it was her ‘love for Bhagwan Ram’. Hearing that, Hanuman went on to apply sindoor all over his body to mark his devotion to Bhagwan Ram. Such was the power in the fragrant red powder.

While one cannot question the personal choices of celebrities, the moment they start influencing the youth it becomes a cause for concern. According to Sanatani traditions, a Hindu marriage is complete only after the seventh phera is taken by the couple doing parikrama around the auspicious havan. In the case of a Gujarati or Sindhi wedding that number should be four, signifying Dharma, Artha, Kama and Moksha. Wonder why the Punjabi wedding of Bhatt and Kapoor was made short of the saat pheras! However, these pheras or vachans are significant because they reaffirm the concept of bonding and equality in a unique way.

The value in Kanyadaan

There is way too much misconception about kanyadaan that has been singlehandedly pushed forth by shoddy Bollywood films through the years. The worst part though is that despite having the right explanations in our scriptures, most Hindus slept through the process. This affected an entire generation’s understanding of the beautiful custom. Kalidasa’s Kumaarsambhav has chronicled the ritual of kanyadaan wonderfully during the Shiv Parvati vivaah.

There are two Daan that have the highest status in Sanatan culture, one being that of a kanyaa, who is Lakshmi swaroop. No one willingly parts with their Lakshmi (a good fortune in the name of health, well being, peace of mind and prosperity). When a father and a mother do that, they are in a higher position to give away their fortune (non-philosophical concepts like ‘giving away the bride’ don’t exist in the Sanatani tradition) to the less fortunate. They attain the position of a king and a queen almost. But since our Dharma is absolutely anti-Aham or arrogance, the givers fold their hands and say, “We are giving our Lakshmi to you.”

To this, the father of the groom and the groom fold their hands and express gratitude saying, “Thank you for bestowing on us your Putri Ratna (a gem of a daughter). This scene is elaborated in great detail in Valmiki Ramayan between Raja Dasharath and Raja Janak. If during a wedding we care to understand our Sanskrit shlokas, it happens exactly this way till date where the daughter is considered not a burden but a fortune that is being parted with.

Daan is not alms, bheek, charity or any such negative emotion in our culture. It is the parting of your good fortune for the betterment of another household and with that the society in general. Now, if only ignoramuses read up and understand the beauty in our dharmic traditions before they lunge to insult them. 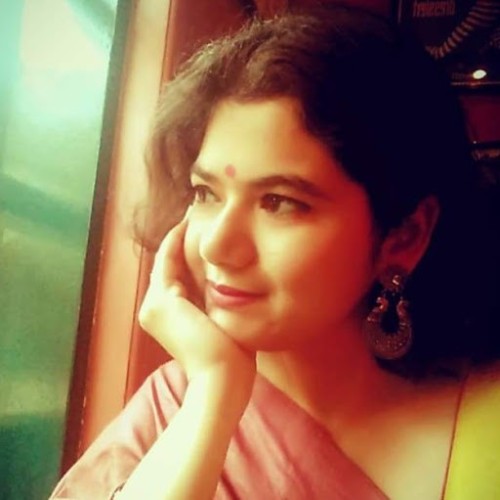 Varun Grover was earlier accused of sexually abusing a woman. During the #metoo movement in 2018, an anonymous lady stated to be his college junior at BHU accused Grover of sexually harassing her under the guise of auditioning for a play.
Featured

Jamiat-Ulama-e-Hind passes a resolution on UCC, threatens to take all measures against it if implemented. Read details