OpIndiabringing the \'right\' side of India
More
HomeNews Reports"Why, How, and When" of the successful #MarchForIndia
News Reports
Updated: 30 July, 2017

“Why, How, and When” of the successful #MarchForIndia

It was a chilly morning in Mumbai when I got a call from Madhur Bhandarkar. He asked me if I would like to join an impromptu get together of some eminent award winning artists in Delhi to discuss the misguided propaganda of ‘intolerance’. I felt I must listen to their point of view.

I read a tweet in which Anupam Kher gave a call to all like-minded artists for a march to Rashtrapati Bhavan. Anupam’s idea was to highlight that a lot of artists believe India is tolerant. I questioned myself: Where do I stand? What does my inner being feel?

I believe that India, despite being a polytheist society, has always welcomed, tolerated and accepted monotheist religions. We are one of those rare democracies where Communism, Marxism, Naxalism, Maoism and extreme religious parties are welcomed in mainstream politics. With the plethora of religious beliefs, spiritual practices, rituals, customs, political ideologies, social hierarchies, traditions and 100s of cultural and linguistic divides, India has survived.

It has survived invasions, loots, massacres, genocides, emergency, corruption, forced vesicostomy, oppression, exploitation, social evils, abject poverty and unemployment. With such inhuman living conditions on one side and unlimited wealth on the other, we have survived.  The culture which has nurtured tolerance for years, decades and centuries can’t become intolerant in just 1 year. There was no clear evidence, visible or suggested by the ‘intelligentsia’ that this balance was disrupted by the Modi’s government in 15 months.

I took the next flight to Delhi.

When I met Anupam with 50 other prominent artists on the eve of the march, a general feeling was that few hundred people would gather. Hence, there were no arrangement, no plans and no organization. Soon we got messages from Bharat Ratna Lata Mangeshkar, Padma Vibhushan Birju Maharaj, Padma Vibhushan Sonal Mansingh, Mahakavi Gopaldas Neeraj, Dagar bros. National award winner Mohanlal, Rajan & Sajan Mishra, Maharashtra Ratna Shri Paunddhare and almost 500 more jewels of India. Apart from that there was a huge support from the social media. People trended #MarchForIndia and #IndiaIsTolerant. We were not alone. As they say, Karvaan banta gaya….

When we got up in the morning, we read on twitter and FB that this march was taking place in 23 cities in India and a few cities in US and Canada. I also started spreading my messages through #MarchForIndia which soon became the number 1 trending topic worldwide.

When we reached the venue, all we could see was people. There was no dais, no security and no place to move. Everything was organic. In no time 500 award winning artists from various parts of the country joined in.

Encouraged with the response, Anupam, me and several others requested PM on twitter to meet us. We had an idea that it won’t be possible as he was in Kashmir.

Some people came to me and complained that some media people were unnecessarily intimidating them and when they refused to answer they were called Modi’s Bhakts/Gunde. I reminded them that ‘it’s their job and they are paid for it’. I even saw few media reporters fighting with each other on unethical journalism practiced by their channels. But we were not there to solve competing media’s intolerance with each other.

There were screams of ‘VandeMatram’ all around. I have never been in the midst of so many patriots. I won’t put any number on the supporters, but the SHO Walia of India Gate told me on record that this was the largest mobilization of a voluntary crowd since the Anna Movement.

By the time we came out of the Rashtrapati Bhavan, Anupam received a message from PM Modi asking us to meet at 6.30PM.

While waiting in a small hall in 7RCR, I could feel meticulous professionalism and humility all around. We weren’t sure if PM would make it on time as he was travelling back from Kashmir and it was also the eve of Bihar election results. 6.30 sharp he arrived in spotless white kurta payjama and his trademark jacket. He listened to us, one by one, with absolute concentration and then he spoke with wit, humor, concerns, anecdotes and hope. I have never heard a better half hour speech on tolerance. Some highlights:

This wasn’t a one-way speech. This was informal, interactive chat filled with humor, ideas and positivity. And of course, there was chai along with chaas, dhokla, idlis and veg kathi rolls which were literally forced down on us by the Prime Minister himself.

My takeaway from the meeting was that he has immense faith in Indian youth. In him I found a man who is eager to talk to everyone and is ready to solve problems. I hope that disappointed artistes will accept his invitation and make him aware of their concerns. Maybe, he can help. 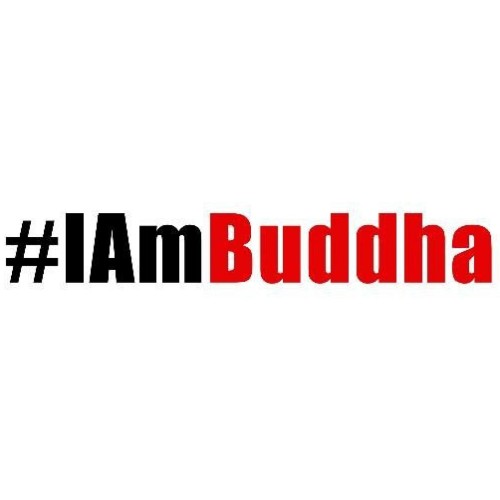