OpIndiabringing the \'right\' side of India
More
HomeOpinionsIndian judiciary on a roller-coaster ride?
Opinions
Updated: 27 April, 2016

Indian judiciary on a roller-coaster ride?

Random cases, random dots, but what connects them all is the adventurous higher judiciary of India.

Disclaimer: Indian Constitution is the law of the land and all of us including the PM, CJI, Mr. Ambani, a beggar are subject to its provisions. And the validity of judicial overreach in any specific sub judice case is not being discussed.

Introduction
Democracy is found on the bedrock of Separation of Powers, a concept evolved by French philosopher Montesquieu in which he urged for a constitutional government with 3 distinct branches- Legislature, Executive, and Judiciary.

In its raw form, the three branches were to be water-tight compartments. But the US, followed by India adopted a modification of Checks and Balances, whereby each organ has some powers and responsibilities to keep a check on the other to prevent any abuse of power by any branch.

Thus, Indian Executive is responsible to the legislature and all are subject to the constitution which the judiciary ensures. To that extent, SC in the landmark 1973 judgment (Kesavananda Bharati case) innovated a new concept of Doctrine of Basic Structure, whereby Separation of power was made one among many basic principles of our constitution.

It basically meant that now, governments could amend any part of the constitution to enact a law, provided it didn’t contravene any of the basic principles. It was a watershed moment and hailed globally.

Well, two swords in one sheath is trouble, three is rampage. And the tussle among the three is historical. You could have a look at its brief history here.

But these were all healthy cases that only improved our prudence in democracy. However, the twist came with the “Three Judges Cases”

Second Judges Case (1993): The majority verdict gave back CJI’s power over judicial appointments and transfers. It says the CJI only need to consult two senior-most judges. “The role of the CJI is primal in nature because this being a topic within the judicial family, the Executive cannot have an equal say in the matter” The President was reduced to a mere approver.

Third Judges Case (1998): On a reference from former President K.R. Narayanan, the Supreme Court lays down that the CJIs should consult with a plurality of four senior-most Supreme Court judges to form his opinion on judicial appointments and transfers.

So by 1998, the Supreme court had comfortably created a closed Collegium system for its appointment and transfer and all the powers of Legislature and Executive to keep a check on it were taken away in a whisp.

In this context, in 2013 (UPA) and again in 2014(NDA) tried their hands at creating a National Judicial Appointment Commission that would restore some of their balancing powers. but it was quashed by the SC on grounds of interfering with Judicial independence, again one of the basic structure principles.

What does the constitution say?
Every judge in the Supreme Court shall be appointed by the President of India. The President shall, in this matter and apart from his ministers, consult such judges of Supreme court and the High court as he deems necessary.

Next in line is what is termed as Judicial activism, often turning into overreach.

Judicial activism is when courts do not confine themselves to reasonable interpretations of laws, but instead create law. In doing so, the court takes for itself the powers of Parliament, rather than limiting itself to the powers traditionally given to the judiciary.

Now for India, this has proven to be more healthy practice than otherwise, as the courts have often intervened where policy paralysis was hindering development. It could have started in 1973 when Allahabad High Court rejected the candidature of Indira Gandhi and introduction of PIL by Justice P N Bhagwati. What happened after that would be another debate.

Also, the stand against governments’ criminal neglect of the plight of Ganga is another example.

However, what we see now is kind of an overreach, when the courts have started behaving like an over-populist government needing public sympathy, interfering and even shaming the role of President, the head of the state.

Hence I, on my part would like to sincerely request the judiciary of India to repose some faith in the other arms of government as what starts with distrust often ends in the tyranny of the powerful. C

Continuous finger pointing not only reduces public faith in the constitutional offices of the parliament but also reduces the credibility of the name-caller.

P.S. None of us would be qualified enough to comment on the rationality and wisdom of higher courts and their decisions, but the visible faults need to be addressed by the people of India who gave the constitution to themselves and not the other way round. 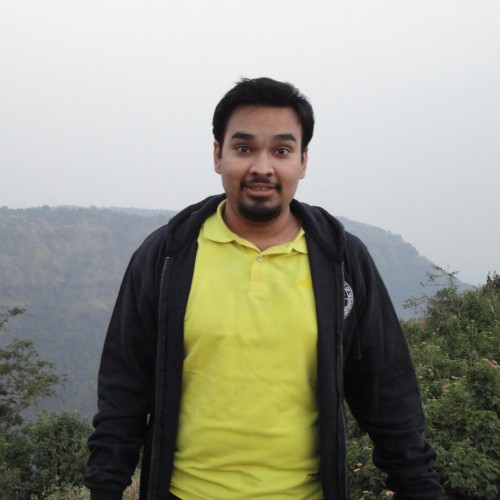 Kushal Guptahttps://thedarkwoods.wordpress.com/
Engineer-Analyst by profession, but the mind wanders into dark woods seeking the truth, making me wise or otherwise. Like to read, interpret and comment/opine on the world events