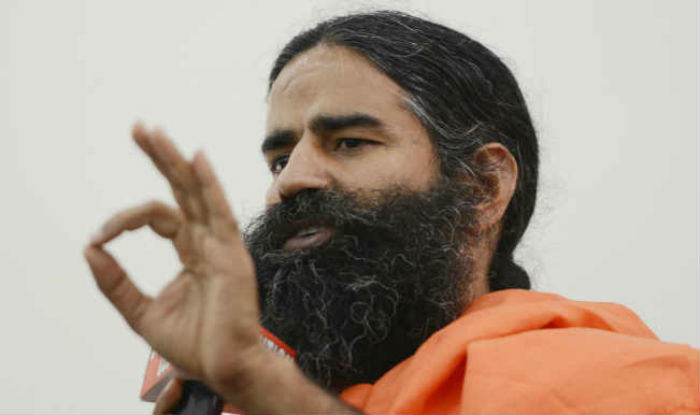 Baba Ramdev has often been the target of media hit-jobs, like this horrific one where we showed how NDTV’s Sreenivasan Jain cut, spliced and edited an interview of Baba Ramdev to make it look as if he had said something completely different. Something similar has happened again, but luckily no “chhota-mota” video editing was done.

Mamata Bannerjee has gone paranoid in her attack on PM Modi and demonetisation, possibly because it has hurt her corrupt party-men the most. Hence the media has been focusing on her for the past few days, just as it does on every passing “superstar” who could be seen as an anti-Modi face, like the forgotten Hardiks and Kanhaiyas.

Last week, Baba Ramdev had visited Kolkata and had dropped in at the West Bengal’s Governor’s residence for a courtesy call. As he was exiting the Raj Bhavan, media caught up with him and questioned him with regards to demonetisation and Mamata Bannerjee. Soon media was flooded with reports like:

Baba Ramdev has been an open supporter of PM Modi and such a sudden support for Modi’s current rival to become PM was obviously shocking. So did Baba Ramdev actually say this? Especially when Didi is gunning for the anti-Modi space? Let us see the video where Baba Ramdev spoke to the reporters:

Initially Baba Ramdev does appreciate Mamata’s simplicity of living and her efforts to curb corruption. Then the media asks him specifically whether Mamata is eyeing the PM’s post. Baba Ramdev’s reply to this question is reproduced below verbatim:

Even after this, the media tried to make Baba Ramdev say that Mamata should be the PM after which he gave evasive answers. In short, at no point in time, did Baba Ramdev specifically say that Mamata Bannerjee had the credentials to become the Prime Minister. At best, his statement was that anybody can try to be the Prime Minister and Mamata should also try.

This was reiterated by Baba Ramdev himself when he took to Twitter to correct the media spin:

@news24tvchannel I was asked Can @MamataOfficial be PM of India. I just replied anybody can dream to be a PM in a democracy. Don’t misquote

@indiatvnews I never said that. When asked about @MamataOfficial being PM in future, I said, anybody can dream to be a PM in a democracy

But by now, the damage has been done. The media has successfully portrayed Baba Ramdev as part of the Mamata camp, even though Baba Ramdev himself has denied this multiple times.