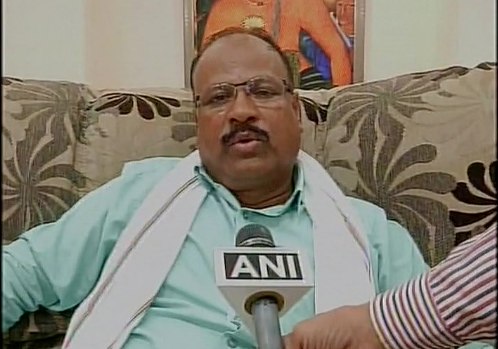 Abdul Sattar, the Congress MLA from the Sillod constituency of Maharashtra has stirred up a controversy after he was caught on camera abusing and thrashing farmers over an alleged land dispute:

According to reports the land which falls in the Sillod area, belongs to a man named Mukhtar whose 10 acre plot is adjacent to the MLAs’ farmlands. According to Mukhtar, the MLA reportedly wants to encroach upon it.

On 12th June when he was working in the lands, the MLA reached with his people, the police and started to assault and hurl obscenities at him. The MLA also allegedly threatened Mukhtar by claiming that he would be killed if he ever stepped on the his (MLA’s) land. Mukhtar has also alleged that the police is not taking any action owing to the pressure being exerted by the Congress MLA.

According to another report, the MLA had apparently assaulted not just Mukhtar but other farmers too who were working there.

The MLA though in his defence has claimed that the land actually belonged to a Dalit and that Muhtar and others were not handing it over to him hence he decided to take action. He also claimed that had he not intervened, the farmers were going to beat up the dalit. He also has called the whole episode as a BJP conspiracy.

No cases yet have been filed against the MLA even though according reports, the farmers had lodged a complaint against the MLA, his son Sameer and two others at the police station.

It remains to be seen as to what the response of the party high command is to the whole affair. Recently the Congress party has been actively participating in the alleged farmer protest going on at Mandsaur in Madhya Pradesh.

The Congress Party including its leaders have been portraying that they deeply care for the farmers and the issues faced by them. Recently senior Congress leader Jyotiraditya Scindia had proclaimed that he would go to Mandsaur alone. He was later detained midway and was released a few hours later.

So it would be vital to note what action the party takes against its own MLA who was caught openly assaulting farmers.