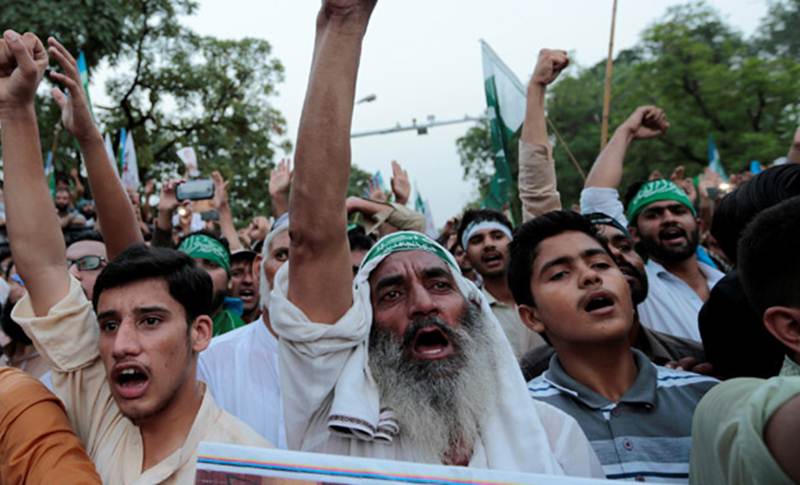 The local residents of the valley have been accusing the Pakistan Army of violating human rights since a long time. Earlier this month, Pakistani Army had beaten up and tortured four youths who had gone for seeking work on a work-site owned by Pakistani.

PoK: 4 men seeking jobs at a work-site in Neelum Valley beaten & tortured by #Pakistan Army on behest of the Pakistani owner. pic.twitter.com/Oi5GYOji60

It is said that five Pakistan Army men with the Frontier Works Organisation (FWO) of Pakistan Army were involved in this latest brutality.

In the latest protests, the locals are accusing the Pakistani Army of kidnapping and torturing them. They have accused that the Pakistani Army is forcing the youth from the valley to cross over to Indian territory and spy for them by offering Rs. 500 to Rs. 3,000 for the same.

The villagers also blame the Pakistani Army for forcefully grabbing their land despite showing proof of registration of the property. People living in the border areas of the Pakistan Occupied Kashmir have been facing tough existence as the Pakistani Army continues to exploit them.