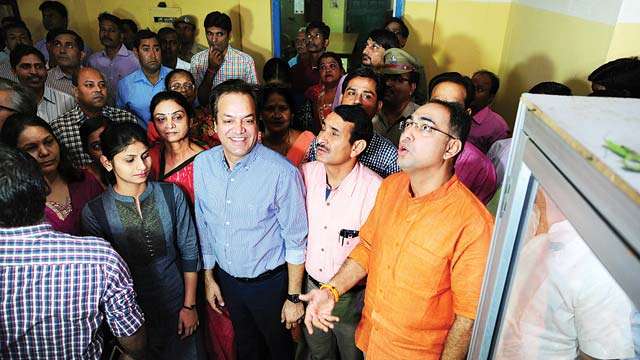 Ashok Lahoti, the mayor of Jaipur has caused a bit of a flutter in the media after making it compulsory for the Jaipur Municipal Corporation (JMC) to play the National Anthem at the start of the day and play the national song in the evening.

This practice began at the headquarters of the JMC on Tuesday and as per mayor Ashok Lahoti, it will be extended to all zonal offices and fire stations by the end of November. Lahoti says, this would bring a positive work culture at the offices. The timing for playing the national anthem and national song is 9.50 AM and 5.55 PM respectively.

All the staff members have been instructed to stand and pay respect while the anthem and song are played. The staff members have also been asked to be present in the offices during this time period. This according to Lahoti will ensure that people reach the office on time and also stay the full working hours.

As per other reports, Lahoti has since then upped the ante by mentioning to reporters that there was no opposition to this move and if anyone is opposed to it, they should go to Pakistan. He further stated that people were not being asked to raise religious slogans. This statement as a result drew a sharp reaction from the Congress party.

Soon after this whole incident, a controversial journalist also took to twitter to start making “expert comments” on this subject: 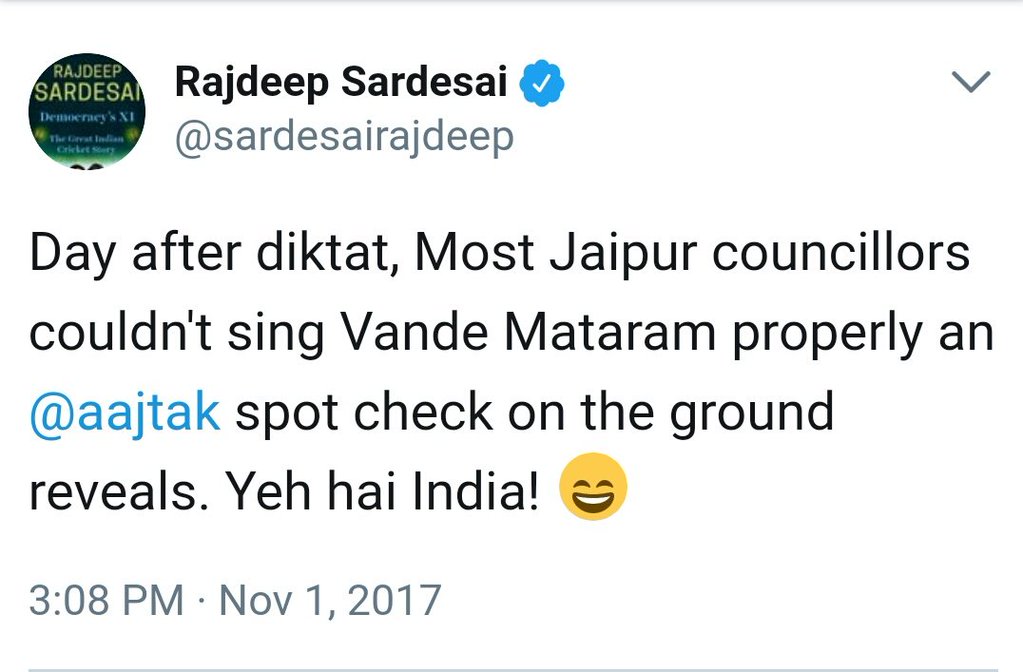 One wonders why Mr. Sardesai would seem so gleeful about his claims.

This isn’t the first time such a large scale experimentation (apart from playing it in cinema halls) regarding the National Anthem has taken place.

We had recently reported how a small Telangana town named Jammikunta comes to a standstill at 8:00 AM when the national anthem is played. This practice was started from this year’s independence day and in order to make it far reaching, the police officers have set up 16 loudspeakers around town. This move was welcomed by the local residents who look forward to singing it everyday.